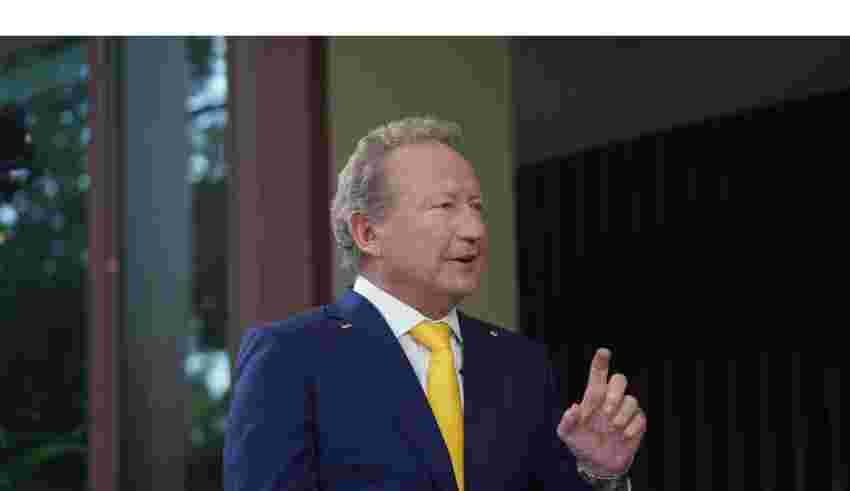 (Bloomberg) — Mining billionaire Andrew Forrest is reviewing proposals including a potential deal to take control of the struggling Sun Cable project to export solar power to Singapore via a 4,200-kilometer (2,600-mile) submarine cable.

Forrest is an existing investor in the project and his Squadron Energy unit is studying options after the Australia-based developer of the A$30 billion ($21 billion) initiative went into administration this week. Those include a potential offer for the company, according to a person familiar with the details. Any takeover would require the exit of the existing management team, said the person, who requested anonymity as the discussions are private.

No final decisions have been made and assessments are still ongoing to determine the viability of the development and the company’s value, the person said, adding that there’s no certainty the deliberations will lead to a bid.

“Squadron Energy believes in the vision but believes the manner in which the project is delivered needs urgent change,” the unit’s chairman John Hartman said in a Thursday statement, without commenting on the prospects of any deal. The project requires “exceptional governance practices and world-class project delivery expertise” to succeed, he said.

Administrators were appointed Wednesday following disagreements between the project’s investors, which include Forrest and Atlassian Corp. co-founder Mike Cannon-Brookes, over financing arrangements, FTI said in a statement.

Pressure to limit use of fossil fuels to meet targets to curb greenhouse gas emissions means many nations across Asia are seeking new sources of clean energy imports, including places like Singapore and Japan with little space for major onshore installations of wind or solar farms.

Sun Cable has drawn industry skepticism over the wild ambition of its plans, which include proposals to build the world’s largest solar farm and a giant battery facility in Australia’s Northern Territory, and then export electricity to Singapore via a high-voltage undersea cable that’s more than five times longer than major existing connectors like the Norway-to-UK North Sea Link.

The firm last year appointed Moelis & Co. and Macquarie Capital to act as advisers on a capital raising and had been targeting a final investment decision in 2024 with a goal of having the project in full operation before the end of the decade.

Cannon-Brookes, who has urged Australia to make a faster transition away from fossil fuels and is the largest investor in utility AGL Energy Ltd., insists the project has merit.

“Sun Cable is a highly valuable company that will attract a lot of interest,” his Grok family office said Thursday in a statement. “If there is an opportunity to remain invested alongside a consortium with constructive partners it is something we would certainly consider.”

Singapore is already on track to hit a target to import 4 gigawatts of low-carbon power by 2035 after receiving more than 20 proposals from other projects, including developments in Indonesia, Malaysia, Thailand and Laos, a spokesperson for the city state’s Energy Market Authority said.