Home Business Missing your favourite lunch spot? How food courts are emerging from the pandemic 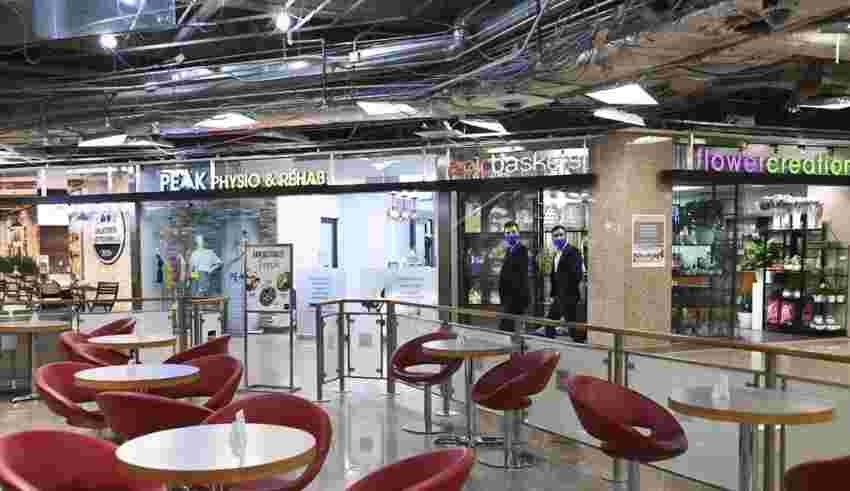 TORONTO — As workers in Toronto’s Financial District scurry through the Brookfield Place food court on their lunch breaks, the darkened Starbucks at the space’s far end looms large.

The coffee shop’s stainless steel coffee machines have sat lifeless and its shelves empty since the COVID-19 pandemic pushed the building’s denizens to work from home. Adjacent to the Starbucks, a closed Marche’s is boarded up, but lines snake in front of McDonald’s and Jimmy The Greek, and the building’s property owner boasts of rising sales.

The scene is a sign of the crossroads at which food courts have found themselves since the pandemic upended work and shopping habits and stubbornly high inflation and labour shortages began rankling consumers.

Commercial landlords say they are slowly watching demand for their offerings tick upwards again, although the must still contend with vacancies from tenants that fled during COVID-19 shutdowns and with lower foot traffic due to fewer people in downtown cores amid the rise of remote and hybrid work.

For Brookfield Place, that includes Marche Movenpick ending Canadian operations and seeking creditor protection in 2020, and Starbucks. The coffee company says that location remains temporarily closed but it would not say when it might reopen.

Andrew Brent, a spokesperson for Brookfield Place’s owner Brookfield Properties, said his company is confident both spaces will be reactivated because “food court traffic and sales have increased steadily and continue to climb.”

How quickly that growth happens largely depends on how frequently people work from the office. After many desk jobs went fully remote in 2020, the return looks different from workplace to workplace — some employees are in the office full time, others for only part of the week, and some have stayed fully remote.

As a result, office footprints are shrinking: the national office vacancy rate ticked up to 17.1 per cent in the most recent quarter, the weakest quarter of 2022 and an increase from 16.4 per cent in the two quarters before, commercial real estate firm CBRE said.

Calgary had the highest vacancy rate of Canada’s major cities at 30 per cent, while Ottawa had the lowest at 11.2 per cent.

“But while there’s less captive audience (at food courts), the dollars being spent haven’t been changed to the degree you would expect,” said Alex Edmison, a senior vice-president at CBRE.

He believes food court sales are below pre-pandemic levels, but have not completely withered because buildings in prominent locations are starting to draw people once more.

But the gaps left by those who aren’t returning as quickly and the restaurants that have already fled are putting pressure on landlords and commercial realtors.

“You have to be more competitive,” said Edmison. “We have to try new things, we have to fight harder for market share.”

The first step in that fight has often been attracting tenants with fewer locations but a strong local brand that can draw in customers.

Mean Bao, Patties Express, Le Gourmand and KoHa Pacific Kitchen, for example, have all been added to Toronto food courts since the start of the pandemic, while Hurry Curry, Lava Grill and Stuffies Pastries will call Market Mall in Calgary home.

Others are looking beyond the tenant mix to develop a new look and feel.

At the Bay Adelaide Centre food court in Toronto, the typical lineup of quick-serve restaurants huddled around the perimeter of a dining space is gone. Now, sleek wood tables and black chairs fill pockets carved out for dining or working beside spaces promising new options on the way, such as the salad and sandwich shop Pumpernickel’s and Asian restaurant Zen Kyoto.

“Many of the landlords are really looking at this type of space much differently than they may have in the past,” Parr said.

“There is a place for the traditional food court … but what I think we’re going to start to see a lot more of going forward is a food experience that’s driven by … the wants and needs of the office worker.”

Local restaurateurs serving dishes with higher-quality ingredients are at the heart of those wants and needs along with food halls featuring a mix of artisanal restaurants marketed so diners feel there is something to please every palate, Parr said.

A short stroll away from the Bay Adelaide Centre, that strategy is at play in the Eaton Centre, where a Richtree Natural Market is being ripped out, said Sal Iacono, Cadillac Fairview’s executive vice-president of operations.

Oliver and Bonacini will transform the 19,000-square-foot space into the Queen’s Cross Food Hall with 10 brands including Le Petit Cornichon, Captain Neon Sushi + Bowls and Curryosity.

Iacono’s goal is to create “an elevated but not unapproachable experience.”

Finance worker Lina Tong will be happy to soon have another option for lunch.

“So many of the places I ate at before COVID are gone and it’s picking up, but it’s not what it used to be,” she said, as she tucked into a meal from Mean Bao’s Bay Adelaide Centre outpost.

“Lunch is different when the spots you’re used to close, but I guess good things don’t always last forever.”

This report by The Canadian Press was first published Jan. 22, 2023.