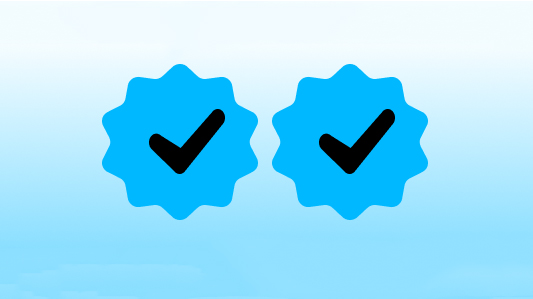 Tumblr doesn’t have a verification identification system like Twitter and Instagram, making it almost impossible to tell whether an account belongs to the person the account claims to be or if it’s a fake. Now, following in Twitter’s footsteps, Tumblr is rolling out its own “Important Blue Internet Checkmark” for your blogs.

The “Important Blue Internet Checkmark” costs $7.99 on Tumblr, and unlike Twitter, you get two checkmarks for the same price on Twitter. But they don’t do anything, nor do they offer the buyer any perks or additional features. It’s simply Tumblr taking a jab at Twitter and Elon Musk for the new CEO’s not-so-well-thought-out idea of letting people be verified on the platform for a monthly fee. 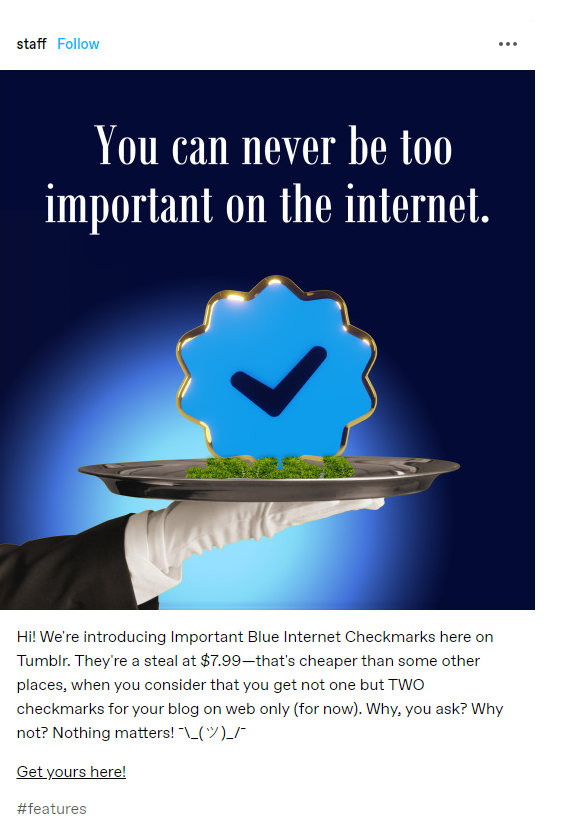 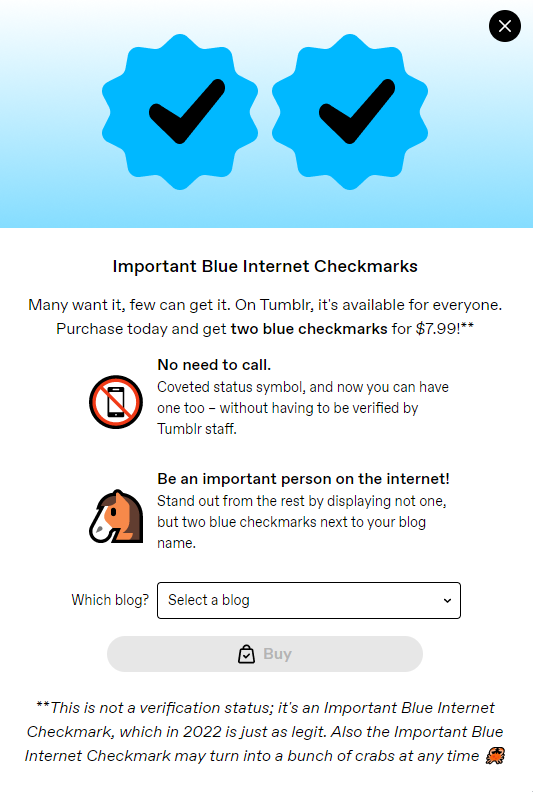 Twitter rolled out its ‘Twitter Blue with Verification’ in the U.S., Canada, Australia, New Zealand and the U.K. yesterday. Although the new subscription is only available on iOS and iPadOS at the moment, it allows the buyer almost instant access to a Blue verification badge, alongside perks like priority in replies, mentions and search, the ability to post longer videos and see fewer ads. Read more about Twitter Blue with Verification here.

As for Tumblr, please don’t go to the platform and pay for the ‘Important Blue Internet Checkmarks.’ Or, go ahead and pay for it. You do you; just know that it’s nothing more than a joke, and you won’t get access to any perks at Tumblr by paying the $7.99 fee.