Home Automotive Most Popular Luxury Cars For Sale In 2022 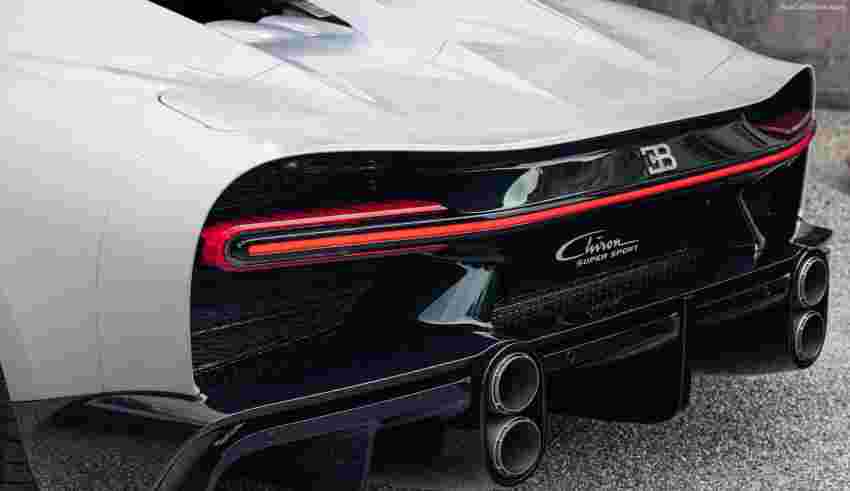 You searched, we tallied. These are the most sought-after cars of the year.

This year marks a turning point in the automotive world, with manufacturers announcing that things are coming and going almost too quickly to keep up. Manufacturing is evolving, and that’s exciting news. When it comes to the models that people were most interested in finding and buying this year, cars with undeniable historical significance were at the forefront.

This article appeared in our December 2022 issue.

Whether it be nostalgia, farewell, or optimism futuristic, change appears to be the driving force behind the most sought-after rides. These are duPont REGISTRY’s Top 10 trending cars of 2022, based on online activity including searches, views, and engagement.

When – at very, very long last – Chevrolet debuted a midengined Corvette, the automotive world rejoiced. It not only represented a triumph for the American automotive industry, but it also unlocked even greater performance potential for the already world-class Corvette. People can’t wait to get their hands on one to see just what it can do when put to the test.

Few things equal a performance pickup truck, and the Ford F-150 Raptor is a textbook example of why this style of vehicle is so special. With the Raptor, you have everything you need for endless off-road fun: large tires, advanced suspension, and high ground clearance, not to mention plenty of power. It’s no surprise that this truck makes the list.

“Black Series” is a hallowed designation in the AMG world, representing cars with an uncompromising dedication to performance, free of many of the usual Mercedes-Benz creature comforts. With absolutely sinister looks, 720 horsepower, and the ability to reach 60 miles per hour from a standstill in just 3.1 seconds, the Mercedes-AMG GT Black Series is a distilled AMG performance powerhouse.

Even after some time in production, the awe that the Lamborghini Urus commands is undeniable. While it might sound extreme, the term “super SUV” definitely applies. This combination of luxury, comfort, and Lamborghini- level performance is the automotive way of “having your cake and eating it too.” Who doesn’t want that?

McLaren’s LT models honor the brand’s racing legacy and pursuit for engineering excellence that pushes the envelope of performance. The 765LT Spider provides extreme and thrilling power that drivers can enjoy with the roof up or down — the combination of racing prowess and wind in your hair is a winning one for any car lover.

Ferrari’s flagship SF90 model defied convention with its V8-hybrid power, and its ability to outlap even the legendary LaFerrari around the Fiorano Circuit. The car ushers in a bold new era for the Prancing Horse brand, and drivers can’t wait to get a taste.

Lamborghini’s V10-powered Huracán supercar has won the hearts of many car enthusiasts around the world, and its brasher, racing-focused STO variant is rekindling that all over again. With a nimble, lightweight design, more power, and a simply unmistakable engine note, the Lamborghini Huracán STO is quite the performance machine.

When the Bugatti Chiron was introduced in 2015, it was faster than the earth-shattering Veyron. That was not just a high bar to clear but one of the highest ever in automotive history. Bugatti’s dedication and willingness to go to just about any length to achieve the ultimate combination of performance, luxury, and style makes a car like the Chiron simply impossible to ignore, and it’s hard not to love the fact that the Bugatti Chiron is over the top in just about every way.

The Lamborghini Aventador has officially bowed out as the Fighting Bull’s V12-powered flagship, and with it, the “pure” naturally aspirated V12 has also bowed out from the brand’s offerings. The Aventador Ultimae is both an incredible supercar on its own and the final car from a decades-long era of performance, and what’s not to want about that?

The Porsche 911 GT3 has always been the ultimate driver’s car among the Porsche 911 lineup, and that essentially makes it the driver’s car of driver’s cars. Its newest generation gestures more racing-focused innovation and unfettered performance than the car has ever had before, so it’s no wonder people want to get their hands on such a phenomenal machine.