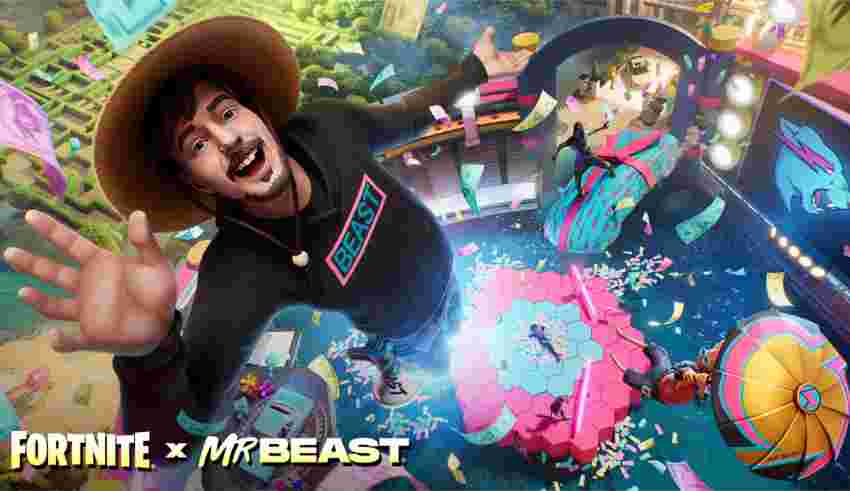 YouTube content creator and known philanthropist Jimmy “MrBeast” Donaldson is coming to Fortnite. This week, players can purchase a MrBeast and MrBeast6000 skin and jump into the new Season 3 Chapter 4 update. With the arrival of his skin, MrBeast is also hosting the Extreme Survival Challenge.

In collaborating with creator Atlas Creative, MrBeast’s Extreme Survival Challenge island can be found in-game. Starting on December 17th at 12pm ET/9am PT, players can try their hand had this MrBeast-inspired challenge. Players must “avoid hazards, collect coins, and survive extreme challenges.” Doing so will earn them “Score.” Players must rack in as much Score as possible before time runs out in the match.

MrBeast’s Extreme Survival Challenge will run for a total of three hours, concluding at 3pm ET/12pm PT on December 17th. Once the allotted time has concluded, the player with the highest Score will earn $1 million USD (roughly $1.3 million CAD). However, the top 100,000 players of the tournament will be awarded the Beast Brella Umbrella cosmetic.

The challenge island goes live on December 13th, allowing players time to get a feel for what’s to come on the 17th. The island can be found on the ‘Discover’ screen or from the island code 7990-6907-8565.

Additionally, there are a series of MrBeast’s Extreme Survival Quests going live on December 13th. Coinciding with the island’s arrival in Fortnite at 9am ET/6am PT, completion of these Quests will earn players the MrBeast Gaming Spray and MrBeast Survival Games Loading Screen.

Additionally, Epic Games and Fornite have been caught in a bit of legal trouble as a class action lawsuit accusing Fortnite of being addictive has been authorized by the Quebec court. Epic Games has states that the case is “meritless” and that the company plans to fight it in court.