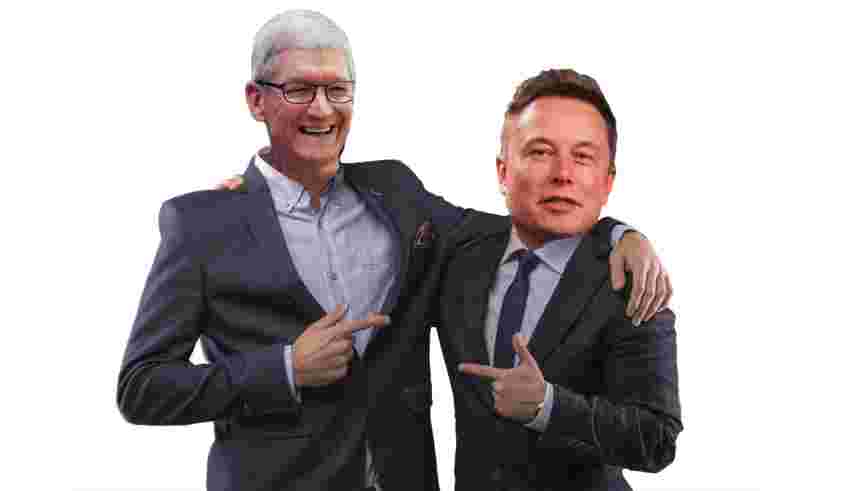 Good conversation. Among other things, we resolved the misunderstanding about Twitter potentially being removed from the App Store. Tim was clear that Apple never considered doing so.

Musk kicked off what many thought would be a larger feud with Apple on Monday. It started with a tweet accusing Apple of reducing ad spending on Twitter (something many brands are doing thanks to Musk’s chaotic leadership, but Musk seems convinced activists are to blame). Notably, some reports indicate Apple actually increased ad spending on Twitter, contrary to Musk’s claims.

Along with the tweet about Apple cutting ad spending, Musk tweeted a poll asking whether Apple should “publish all censorship actions it has taken” and later posted about Apple’s 30 percent App Store fee. Musk also tweeted and then deleted a meme about going to war with Apple over that 30 percent fee. 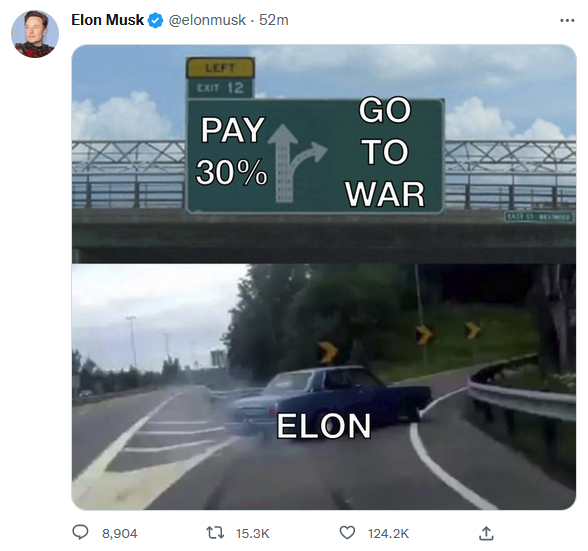 On Wednesday, Musk thanked Cook for “taking [him] around Apple’s beautiful HQ,” in a tweet with a short video clip showing off the Apple campus. Musk followed that up with another post saying he had a “good conversation” with Cook and that they resolved the misunderstanding about Twitter’s removal from the App Store, “among other things.”

So far, it remains unclear what “other things” the pair discussed and whether that included Apple’s 30 percent App Store fee. Some expected it would be only a matter of time before Musk took issue with the fee. As Twitter loses advertising revenue, Musk seems increasingly intent on making a profit through Twitter Blue subscriptions, but those may be subject to Apple’s 30 percent cut if offered through in-app purchases via the App Store. Interestingly, recent reporting suggests Twitter delayed the upcoming relaunch of Blue so they could avoid the 30 percent fee.

Check out all of MobileSyrup’s reporting on Musk’s Twitter here.