As told to Shannon Shelton Miller

In January 2021, I tested positive for Covid soon after I got my first vaccine dose, but before it had a chance to build up my immunity. I temporarily lost my sense of taste and smell, but my other symptoms were mostly mild, and I felt better after two weeks. I was always a very active person and loved to take long walks, so once I recovered enough to start walking outside again, I thought the worst was over.

But after approximately three weeks, I started to feel lethargic, broke out in hives and had a panic attack.

My symptoms got worse each day. I started to lose my mobility, and my mother and sisters had to come to my Brooklyn apartment to take care of me. They carried me everywhere — even to the bathroom — because I couldn’t move. My pain was so bad one day that my family insisted I go to the emergency room.

Little did I know this was the beginning of a journey that would include multiple trips to the ER, hospital admissions and visits with specialists to find someone, anyone, that would take my symptoms seriously and recognize that I was suffering from long Covid. I know healthcare providers were overwhelmed dealing with Covid, and because of the way our healthcare system is set up, HCPs often don’t have the time to look into what could be causing each patient’s issues.

Still, my experience was frustrating and depressing. When I went to the ER for severe chest pain, I was told to just “calm down” and “control my breathing” so they could get an EKG reading. During another ER visit for chest pain and breathing troubles, a doctor refused to do a lung scan until one of my sisters, who’s a pediatrician in California, talked with him on FaceTime for more than an hour to insist he do something.

“My sister can’t breathe,” she said. “She’s having a lot of chest pain and she can’t talk. If she goes home and something happens to her, this is on you. If this was your sister or your daughter, would you say she’s fine and send her home?”

That must have hit home for him in some way, because he ordered the scan. Like we all thought, it showed evidence of damage to my lungs from my Covid infection, and I was admitted for treatment.

Weeks went by, and I wasn’t getting better. I had to rely on a wheelchair that my family members pushed because I was too weak to move it myself. I couldn’t take a shower every day because the heat triggered me to pass out. Doctors would tell me all my tests were normal and they couldn’t find anything wrong.

I’ve been diagnosed with everything from acid reflux to anxiety and I’ve been asked if I was on drugs or drinking. God forbid, if you do have a history of anxiety, they’ll just brush off your physical pain as an anxiety attack. (I always wondered if men were asked about anxiety as much as I was!) 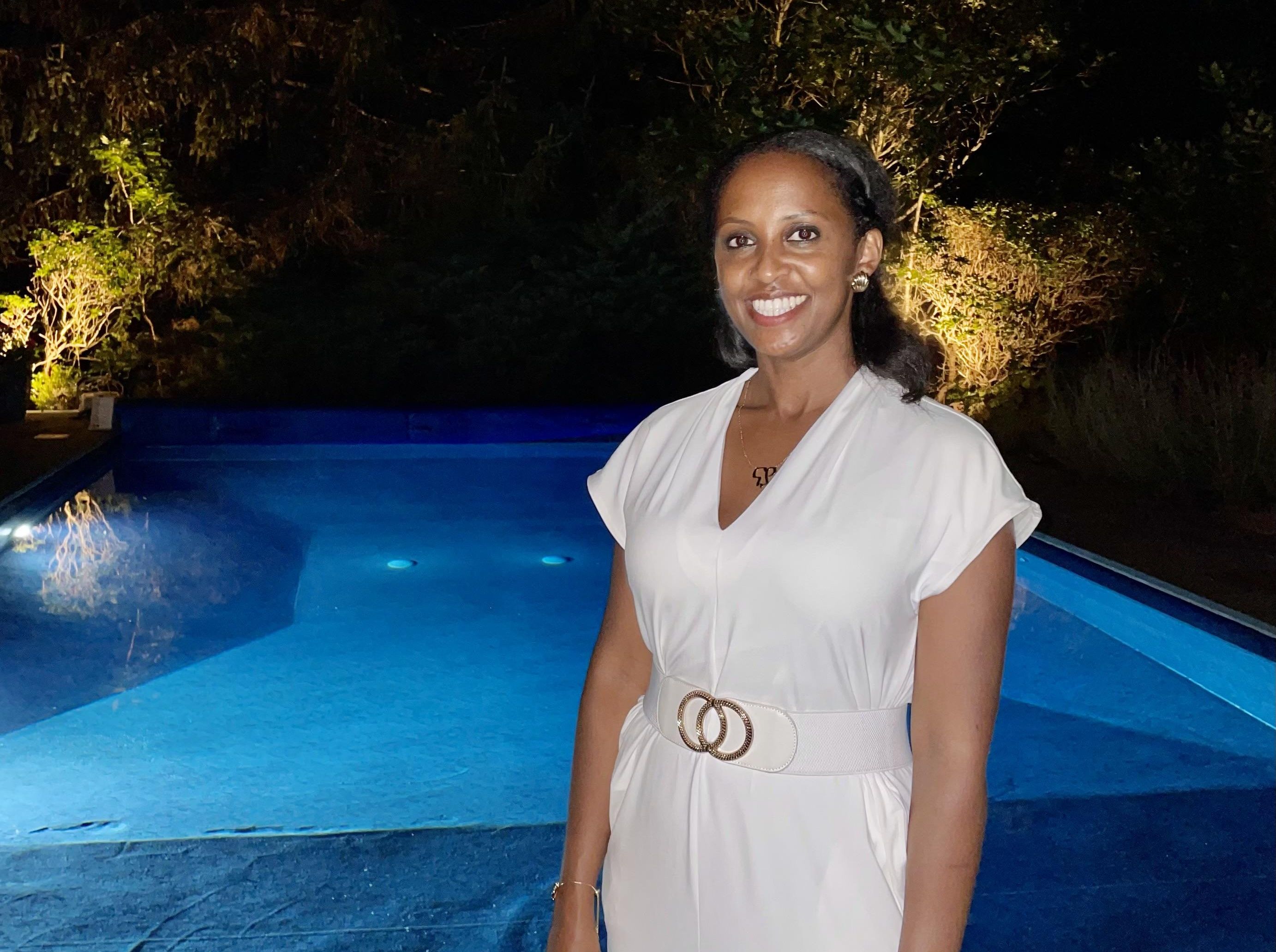 Even when I went to a center specializing in treating post-Covid patients, I was told to just exercise more. It didn’t matter that I showed up in a wheelchair and told them I could barely move.

I started to think about what I could do to make my situation easier. My sister suggested I wear my UCLA sweatshirt to appointments so HCPs might see me as an educated person, although I know that should have nothing to do with how you’re treated. I felt I needed to represent myself as being knowledgeable and well-spoken so they wouldn’t dismiss me. Even though it shouldn’t be this way, the reality is that people do get dismissed based on how they look and what they sound like, so that was a thought in my head when I was being treated the way I was.

After about four months, I got an appointment with a cardiologist who gave me a response I’d been seeking from the start.

“Let me guess,” he said. “You’re young and you had Covid, but it was mild. Now you’re still not back to your normal self. You’re having all of these symptoms. I know exactly what you’re going through and I’m really sorry. While I don’t have a solution, there are things we can try.”

At that point, I didn’t care about the solution. I was just relieved he didn’t ask me about anxiety or drug use. I started crying in his office because, finally, someone had listened to me.

I was later able to see a well-known hypertension specialist who did the most thorough workup of all. I had an episode in his office where I lost my ability to move even though I was awake and could talk to him. I’d been having these episodes all along, but having one in his presence confirmed everything I was saying. He had me admitted to the hospital across the street, where I stayed for four days.

Thanks to his workup, we were able to identify my long Covid as a condition where the best possible solution was treating the symptoms as they emerged. Today, I’m still doing symptom management and working to understand my own triggers, like heat and altitudes. I’m able to walk again and take short outings outside, but have to be careful not to walk outside when it’s very hot. I have to rest more after moving, but I finally do have more energy to take care of myself and my daughter.

I’m hopeful that as more money is put into research on long Covid, we’ll be better able to treat it or even prevent it so people don’t have to suffer the way I have during the past year. While I’m not back to normal yet, I’m so grateful I’m in a much better place.