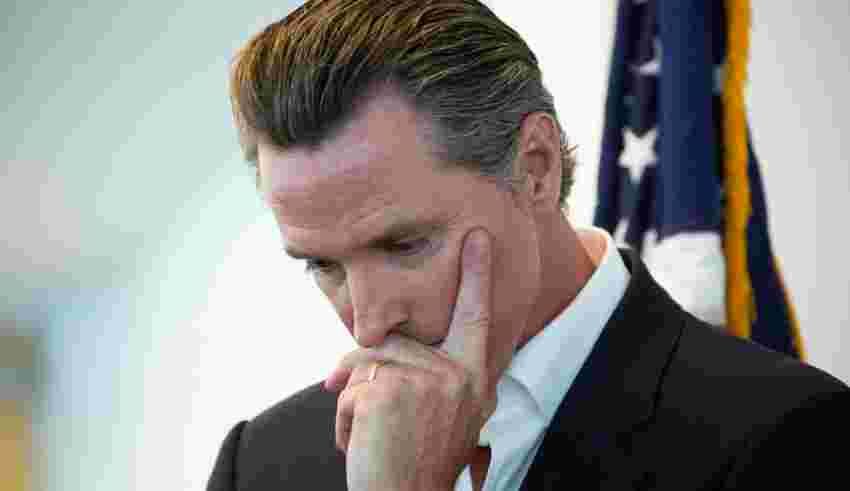 PORTSMOUTH, OH –  Hmmm. If hypocrite Hillary Clinton had a son, he would be the spitting image of California Governor Gavin Newsom – same grandiose sense of entitlement, same craving for the spotlight, same arrogance. And if you looked up Narcissistic Personality Disorder, you’ve probably find their photos side by side – same lack of empathy, same exaggerated sense of self-importance, same exploitation of relationships.

Both Clinton and Newsom are blaming the recent hammer attack on Paul Pelosi as the doings of conservatives. Did the deceptive duo of dastardly deeds meet in the shadows by the sea to discuss how to spin the horrific crime to blame Donald Trump, MAGA, and the conservative media? Did their devious snickers float through the midnight fog? Did their haughty hisses and howls scare the sharks away?

“The deranged drug addict who talks to fairies and lives on a school bus didn’t watch [Jesse Watters] Primetime and head on over to Pelosi’s house with a hammer,” Watters responded.

Hillary and Gavin are playing the dimwitted Democrat linking game. You go back to the archives to find anything that any Republican ever stated in reference to Paul’s DUI debacle or Nancy’s foibles and you illogically link them to the hammer attack via social media. It’s a form of Democrat demonization of your opponent. James Carville, propaganda pundit, wrote the manual.

Yes, knucklehead Newsom actually pointed the finger at Watters. Why? Because that’s how a narcissist plays the political game of gaslighting. Instead of being aware that he looks like a fool, the narcissist believes he is smarter and more cunning than all other humans on the planet.

But Watters spoke facts: “California Gov. Gavin Newsom is running for president. So, when a mentally ill homeless drug addict who has committed crime after crime in his state, and was never deported, attacks Paul Pelosi with a hammer, Gavin Newsom has to blame anybody but himself.”

But wait…another knucklehead joined in the illogical linking of the hammer game. I guess she received the midnight memo as well.

“Whoopi Goldberg pins blame for Paul Pelosi attack on Fox News,” asserted The Washington Examiner. She said “the network should own up for the growing threat of political violence throughout the country.”

Watch the clip as Goldberg joins the narcissist knucklehead club with opining and whining.

Whoopi’s remarks appeared to echo those of Gov. Newsom.

“I’ve seen the dehumanization of Nancy Pelosi,” Newsom said in his scripted interview.

Flashing neon sign: The words circled in the memo are ‘dehumanization’ and ‘political violence.’ Pay attention to how often these words are used by liberal politicians and their minions from now until the midterm election.

But wait…the biggest political narcissist knucklehead of all has joined the game.

“President Biden on Friday night denounced the hammer attack against House Speaker Nancy Pelosi’s husband as “political violence” and linked the shocking crime to the Capitol riot,” according to an article in The New York Post.

As a former mental health therapist with decades of experience, I’ve met myriad narcissists, but the pompous people mentioned in this column are over-the-top and operate in the liberal land of lunacy. They are using the assault on an elderly man to politicize and accuse their opponents of what they themselves are doing – it’s called projection. To me, these masters of manipulation look like fools of folly with forked tongues.

And their goal to censor the free speech of conservatives and make disagreeing with radical Democrat ideology a hate crime will not work. American patriots will go to the polls to vote and these courageous and freedom-loving citizens will never give up faith, freedom, and family.