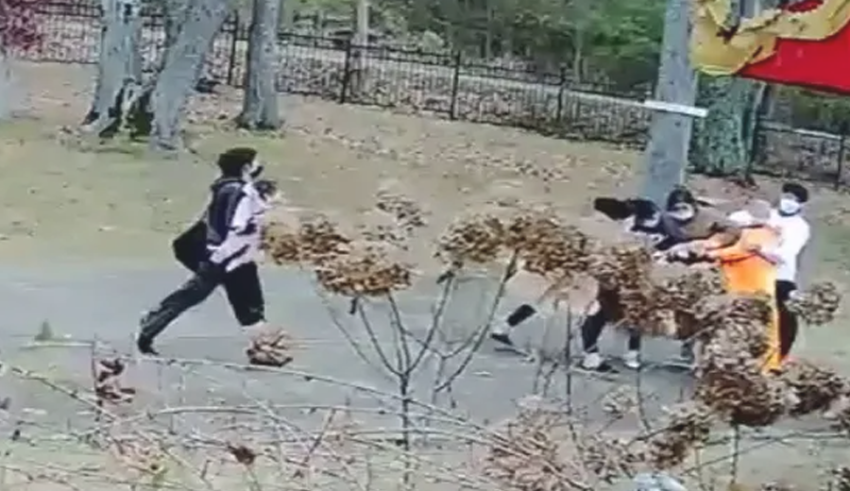 NASHVILLE, TN – A Buddhist Temple in Nashville, Tennessee was broken into and robbed over the weekend by five suspects that assaulted a monk who attempted to stop them, with the vicious attack caught on surveillance video, according to the Metropolitan Nashville Police Department.

The break-in took place at approximately 9 a.m. on Sunday – although it was not reported to authorities until Tuesday, cops say – at the Wat Lao Buddhist Temple on Old Hickory Boulevard in South Nashville.

Five individuals – one of whom, a woman, was seen carrying a toddler in her arms – reportedly knocked on the door of the temple. When the monk answered by cracking the door open, the group proceeded to force their way inside, where at least two of the suspects pinned the victim to the floor while the others ransacked the temple, making off with an unknown amount of cash.

As the suspects attempted to make good their escape, the monk – as caught on surveillance footage – followed them outside and grabbed the strap of a satchel that one of the crooks was wearing in an attempt to stop them. At that point the rest of the gang attacked the monk, with a male getting the victim in a headlock while the others knocked him to the ground and tore off part of his robe.

After making the monk release the strap on the satchel, the suspects then ran, with the injured victim getting up and chasing after them; the robbers then piled into a silver Toyota van and sped off, police say.

Currently, authorities have no other details about the incident, and request that anyone that has any information relating to the identities of the suspects to call Crime Stoppers at 615-742-7463.