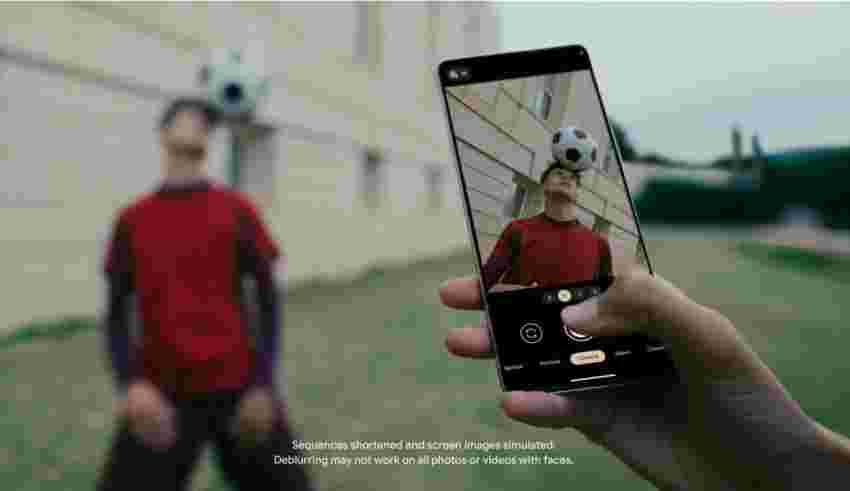 A new Google Pixel 7 World Cup ad that aims to show off the device’s prowess, including its inclusivity features, also doubles as a subtle diss towards FIFA and its decision to ‘sell’ the 2024 World Cup to Qatar.

Titled “Google Pixel 7: The Beautiful Game Belongs to All of Us,” the one-minute-long ad shows off features like Macro Focus, Magic Eraser and Super Res Zoom, while more inclusive features, like Live Translate, Face Unblur, and improved Real Tone photography are also showed off.

Check out the ad below:

The ad also features former Colombian national team captain Carlos Valderrama, and the U.S. Women’s team player Meghan Rapinoem while flags and jerseys of several other participating nations are also clearly depicted in a show of diversity and solidarity.

Fan ‘Pride’ imagery is also spread across the ad, which contrasts the beliefs of the tournament hosts. Qatar’s anti-LGBTQIA+ stance is strict, with fines, prison sentences of up to seven years and even death by stoning.

Participating teams have also been asked not to wear ‘OneLove’ armbands in support of LGBTQ rights during the tournament, and any team captain that does wear the rainbow-coloured band can be penalized with a yellow card.

“We are very frustrated by the FIFA decision, which we believe is unprecedented,” reads England, Wales and the Netherlands’ joint statement.

Elsewhere, harsh treatment of migrant workers, accusations of bribery and corruption, and strict dress codes for female fans, are just a few of the several reasons that paint a not-so-pretty picture of the oil-rich Gulf nation.

“The Beautiful Game Belongs to All of Us,” is an appropriate title for the Google video to point out to FIFA and Qatar that although the tournament is taking place on Qatar’s soil, the game belongs to the fans and the player’s participating, and not people with deep pockets sitting behind desks.

Image credit: Made by Google

Source: Made by Google Via: 9to5Google