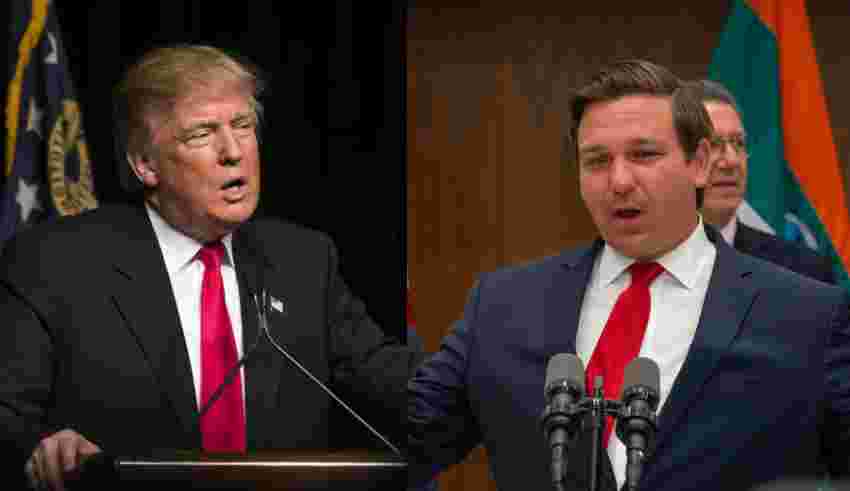 WASHINGTON, D.C. –  A new poll indicates that President Joe Biden would defeat former President Doanld Trump in a 2024 rematch for the White House, but if that same scenario put Biden up against Floridia Governor Ron DeSantis, Biden would likely find himself on the unemployment line.

According to a WPA Intelligence survey released on January 13, Biden, 80, would win over Trump, 76, by a popular vote of 49 percent to 41 percent; however, he would fail to prevail if that matchup was against DeSantis, with respondents indicating that the Florida Governor would be moving to Washington, D.C. in 2024 after hypothetically besting Biden with a vote of 45 percent to 42 percent.

Trump is the first – and currently only – member of the Republican Party to throw his hat in the ring for the 2024 presidential election, his third run in a row; Biden has previously stated that he intends to run for reelection but has not yet made an official announcement of his candidacy.

DeSantis, who was reelected as Governor of Florida in a one-sided, landslide election in November, has yet to confirm rumors of his intended bid for the White House in 2024.

“More Americans are learning about Ron DeSantis and the good he’s done as the governor of Florida,” the survey said. “Of the potential candidates surveyed, DeSantis has high favorability with room to grow.”

The poll was commissioned by the conservative Club for Growth and conducted between January 2 and 8 and surveyed 1,035 voters with a margin of error of plus or minus three percentage points.