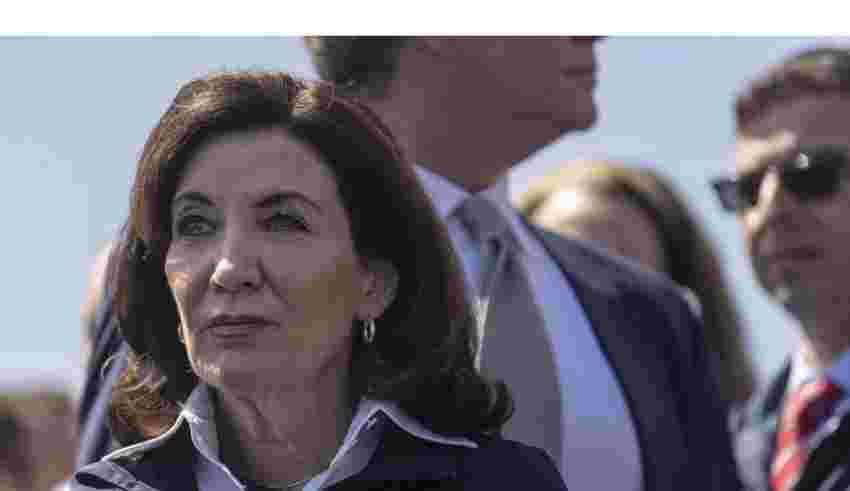 (Bloomberg) — Environmental activists and public officials rallied in front of New York Governor Kathy Hochul’s Manhattan office Tuesday, calling for her to sign a bill that would institute a two-year state ban on some cryptocurrency mining facilities.

The bill, approved by the state Senate in June, would trigger a two-year moratorium on new permits for crypto plants that are powered by planet-warming fossil fuels and use so-called proof-of-work authentication methods. If Hochul signs the measure, it would become one of the most restrictive laws in the US regulating the practice.

About 30 protesters attended the event, including representatives from environmental justice groups such as Sunrise Movement and Food and Water Watch, and New York City Public Advocate Jumaane Williams.

The protest comes amid a week of bad news for the crypto industry, which was sent reeling after the bankruptcy announcement of crypto exchange FTX on Friday. The sudden downfall of the crypto giant and its founder, Sam Bankman-Fried, sent shockwaves through the industry that are still reverberating.

The New York bill is one of several on Hochul’s desk awaiting her signature. Asked about the crypto moratorium at a gubernatorial debate in late October, Hochul said she’s “looking at that bill closely,” but didn’t outright say she would sign it.

New York state has become a global cryptocurrency mining hub after the Chinese government banned the practice last year. Industrial-scale miners such as Greenidge Generation Holdings have repurposed coal and natural gas-powered facilities to energize electricity-guzzling computers that validate transaction records in the Bitcoin blockchain and earn the token in return.

That strikes a stark contrast with crypto-friendly states such as Texas and Wyoming, where the miners enjoy more liberal mining regulations.

The rise in popularity of cryptocurrencies over the past decade has made the process costlier and more energy reliant, leading to the introduction of large-scale mining operations, such as Greenidge Generation, which use thousands of computers in its mining operations.

The bill wouldn’t ban small-scale mining operations, such as people attempting to mine coins on their own computers.

The price of Bitcoin has fallen over 60% year to date.