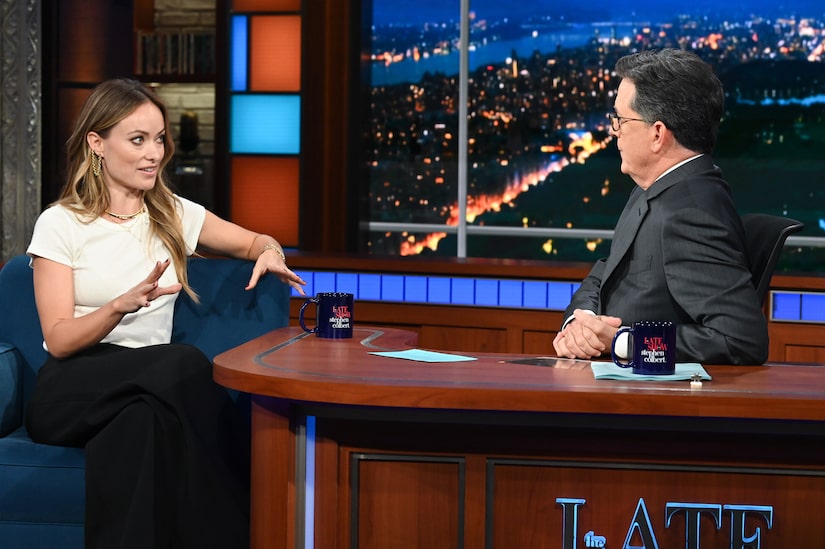 Wilde, who directed and stars in the film, stopped by “The Late Show with Stephen Colbert,” where she addressed the viral video.

When Colbert asked, “Did Harry Styles spit on Chris Pine? Why or why not? Support your answer.”

Wilde said, “He did not, but I think it is the perfect example of how people will look for drama anywhere they can. Harry did not spit on Chris…”

She insisted, “No, he really didn’t,” adding, “People can look at a video that shows evidence of someone not spitting on someone else and they will still see what they want to see, and that is the creation of drama.” 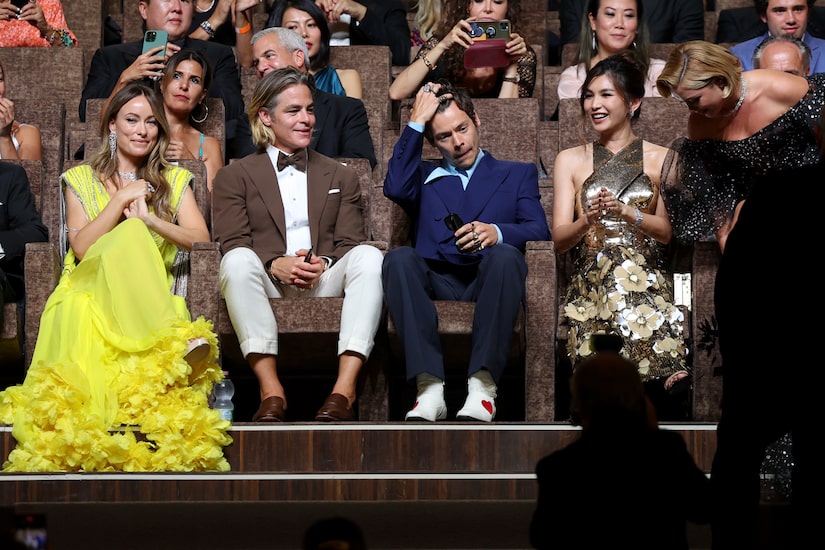 Colbert also asked rumors of a feud between Olivia and “Don’t Worry Darling” star Florence Pugh, saying, “So, no tension between you and Florence Pugh?”

Olivia answered, “I have nothing but respect for Florence’s talent — she’s fantastic. She’s on the set of her new movie ‘Dune,’ and there is nothing cooler than a busy actress.”

She insisted, “I have nothing against her for any reason.”

Colbert mentioned, “People pointed out that she was having an Aperol Spritz during the press conference that she didn’t show up for…”

“They did point that out,” Olivia acknowledged.

Olivia also addressed the controversy over whether Shia LeBeouf was fired from the film.

In the past she claimed he was replaced by Harry Styles, while he said he quit. He released messages from Olivia to support his side of the story.

Olivia said, “There were private messages that were released without context to try to make a situation look like something that it wasn’t. Early on in the process of making the film, as the director, I tried to mediate a situation between people to try to see if they could work together happily.”

She further explained of co-stars Shia and Florence, “Once it became clear that it was not a tenable working relationship, I was given an ultimatum. I chose my actress [Florence Pugh], which I’m very happy I did. At the time, was I bummed that we weren’t able to make it work? Sure. Did information about him come to light later that made me confident we made the right decision? Absolutely.”

She said, “We had to replace Shia. He’s a fantastic actor but it wasn’t gonna work. When he gave me the ultimatum of, you know, him or Florence, I chose Florence.”

Wilde added, “That was him feeling he was stepping away and me feeling like we were moving on without him.”

Colbert commented “both of you can think that you’re right.”

Olivia said, “It’s a question of semantics.” Stephen said, “Is that right?”

Wilde insisted, “Absolutely,” adding “It wasn’t going to move forward in the way he wanted it to and so he had to leave,” she finally said.

At another point in the conversation, Olivia stated, “I don’t feel like my male directing colleagues are answering questions about their cast.” 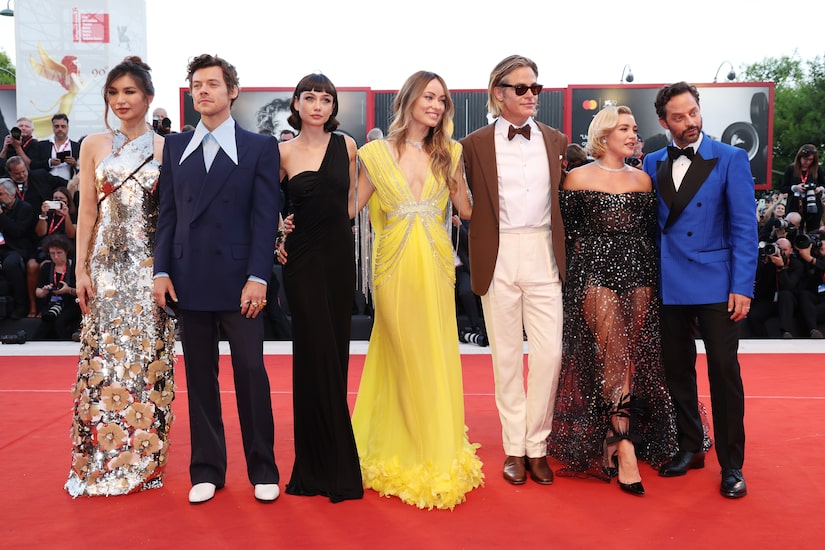 Stephen agreed, but said that these were some of the questions that had surrounded the movie and he was “giving in to an appetite” by asking them.

The conversation turned to different standards for male and female directors and Wilde noted of her male counterparts, “They are praised for being tyrannical. They can be investigated time and time again, and it doesn’t take over the conversation of their talent or the films themselves. This is something we have come to expect. It is very different standards created for women and men in the world at large.”

She added, “When people see the film — and I really hope you do — they will find we were trying to do something really ambitious, and a lot of people did a lot of hard work.”

“We made a movie in the pandemic — that’s like building a house during a hurricane. So we can handle a little Twitter storm. We’re alright.”