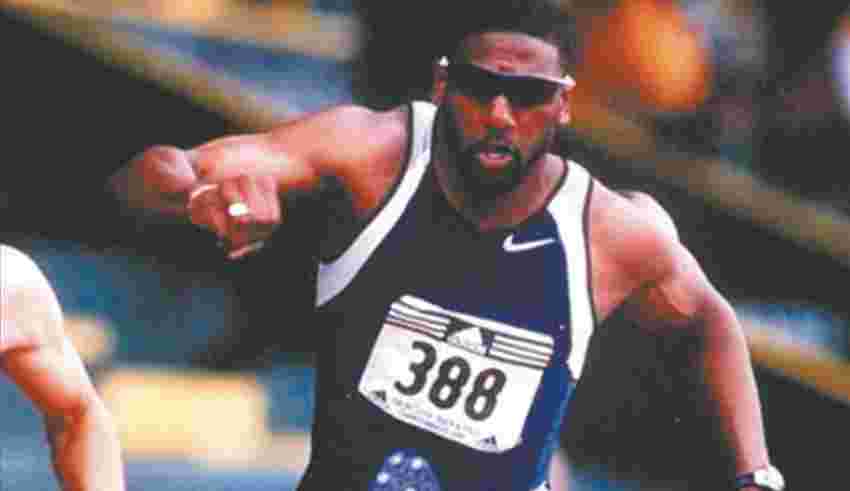 NACOGDOCHES, TX Eric Thomas, a Garrison, Texas high school track star who would later go on to achieve fame after competing in the Olympic games, suddenly and tragically passed away in Houston on Friday, December 30, with his exact cause of death yet to be determined.

Hailed as one of the finest athletes ever to come out of Garrison High School – from which he graduated in 1992 – Thomas had competed in the 2000 Summer Olympics, placing within the top 15 in the 400 meter hurdles.

Thomas’ exact cause of death is currently unknown, although friends and relatives speculate that his passing could have been related to issues he had been suffering from a recent hip replacement surgery that may have gone awry.

Keith Yarbrough, the Mayor of Garrison, expressed his condolences to Thomas’ family, portraying the late Olympian as a charitable soul who went out of his way to help children in the local community.

“Eric truly touched a lot of people here in Garrison. You know, he went off as a pro track athlete and he would often come back home and give back to Garrison in many different ways,” Yarbrough said. “He had a lot of track camps set up at the high school where he would help the children and teach them different methods and stuff about running track. And he was just an all-around great guy and a good person to know.”

Yarbrough also conveyed the heartbreak that the citizens of Garrison were feeling at the loss of a beloved local sports hero who had a humble attitude in regard to his considerable past accomplishments.

“You know, as far as his family goes, yeah, they are really taking it hard, as well as other people here in town because like I said, everybody here knew him because he was just that kind of a man,” Yarbrough said. “He was really friendly. Even though he was kind of a famous person, he didn’t act like that. When he came home, he was friendly to everybody. Joe Blow off the street could come up to him and hold a conversation with him and get in the car and ride with him to the store, whatever. He was just that kind of man. And so that’s why it’s having such an impact on the citizens here in Garrison because he was well known by everybody in town.”

In 2011, Thomas founded the The Eric Thomas Foundation, a 501(c) (3) non-profit charitable organization, to improve the health and fitness of Texas youths.