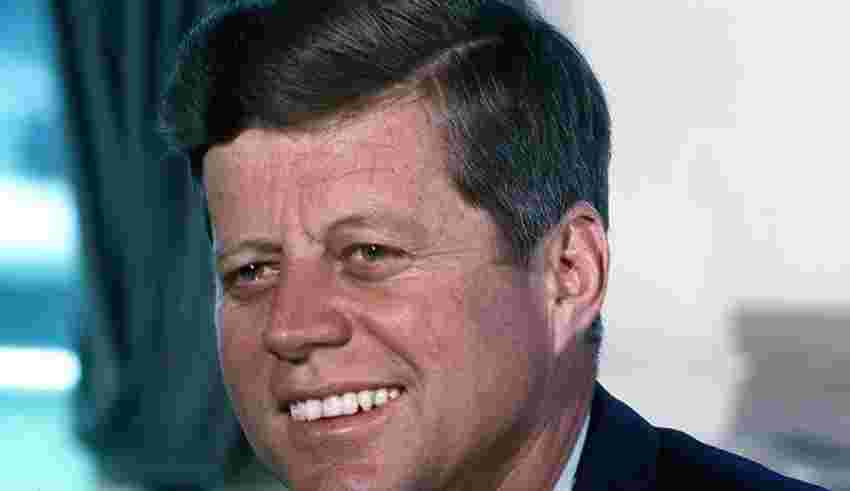 FORT LAUDERDALE, FL – Political veteran Roger Stone uses eye-witness evidence, fingerprint evidence, and deep Texas politics to make a compelling case that Vice President Lyndon Baines Johnson orchestrated the murder of President John Fitzgerald Kennedy so that LBJ would not be dropped from the ticket and prosecuted for epic corruption.

Stone’s heavily documented New York Times bestseller paints an appalling picture of LBJ as an abusive, ambitious, manipulating liar with an actual history of murdering those who might reveal his corruption or the blatant voter fraud that he used to get to national power.

Roger Stone reveals how LBJ was the drum major of a carefully planned plot in which the CIA, Organized Crime, FBI, Big Texas Oil, and LBJ’s Texas-based confederates including the Dallas County Sheriff’s Office, the Dallas City Police and the Secret Service, luring John F. Kennedy to Texas and insisting on the deadly route through Dealy Plaza.

Stone reveals how LBJ ordered the murder of at least 17 men, according to White House Aide Clif Carter, to cover-up voter-fraud and corruption. “LBJ would order a murder the way you or I would order a ham sandwich,” said Stone.

Stone reveals the plans of syndicated columnist Drew Pearson, who had written a story accusing LBJ of bribery in a $7 billion dollar jet fighter contract doled out to Texas firm General Dynamics. Bobby Baker associate Don Reynolds, in testimony on the morning of the assassination, detailed Baker carrying a suitcase containing $100,000 to LBJ in payment for steering the contract to the Fort Worth company. The story with details of the sweetheart deal were to hit newsstands and 700 newspapers November 24, 1963. Instead, it was spiked after LBJ became President.

Stone outlines how Attorney General Robert Kennedy intended to prosecute LBJ for corruption in both the Bobby Baker and Billie Sol Estes cases. Johnson knew he was being dropped for the 1964 Democratic ticket and his federal prosecution were both imminent.

Stone establishes that LBJ authorized the false flag attack on the USS ship Liberty by the Israeli air force in a military operation designed to provide a pretext for war with Egypt. 34 American servicemen were killed on Johnson’s orders.

Stone reveals Johnson even found a way to desecrate the USS Sequoia, a presidential yacht that serviced Presidents from Herbert Hoover to Jimmy Carter, with masturbatory excess: “Lyndon Johnson would put a film projector on this table and come up here and watch stag movies,” said boat owner Gary Silversmith, “reportedly in a robe and in his underwear so he was relaxed and alone, and they would sail to Mount Vernon.”

Stone outlines how LBJ stole $1 billion in Gold bullion from the US Government, had the gold flown to the LBJ ranch and then later to Canada for smelting. Stone also documents Johnson’s daughters unloading the gold on the International market after LBJ’s death.

Stone tells the compelling tale of the Vietnam war profiteering of Lyndon and Lady Bird Johnson. He exposes their stock ownership in defense contractors who benefited from multi-million dollar contracts that were part of Johnson’s escalation of the Vietnam war. Stone even outlines how contracts for military helicopters with one company, Kaman, were abruptly canceled and re-award to Bell Helicopter where the Johnson’s owned stock, just days after LBJ became President.

Stone exposes how Johnson learned about and canceled a military plane ordered by Vice President Humbert Humphrey that was to fly a Boston brain surgeon from Boston to Los Angeles in attempt to save the wounded Robert F. Kennedy’s life. “Is he dead yet? Is he dead yet?” Johnson barked, when informed of Kennedy’s condition.

The hardcover edition of The Man Who Killed Kennedy – the Case Against LBJ reached number 15 on the New York Times bestseller list. The new updated paperback edition greatly expands the case against the most evil and mentally unbalanced man to ever occupy the White House.

The book is also convienently available on Amazon.com and wherever books are sold. For more great books, check out our recommended books section.