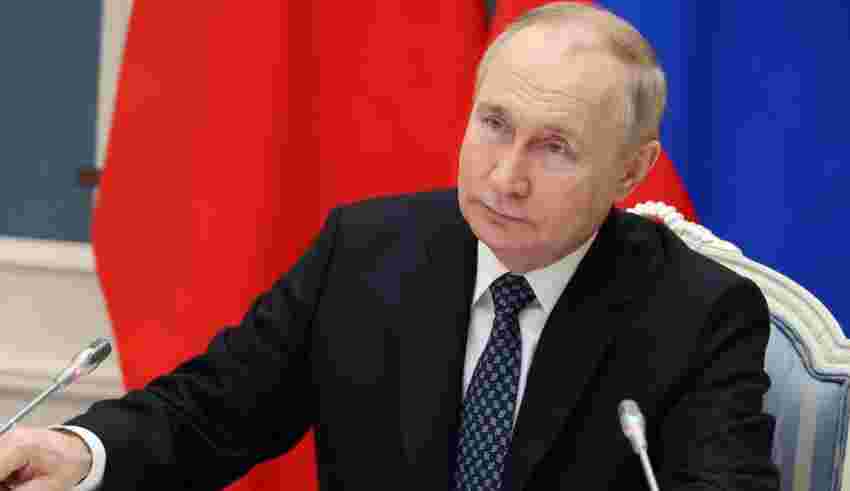 MOSCOW (AP) — President Vladimir Putin used his New Year’s address to the nation to accuse Western countries of aggression and trying to use the conflict in Ukraine to undermine Moscow.

Putin made the video address, shown on state television on Saturday in each of Russia’s 11 time zones, from a military headquarters with soldiers in the background, a sharp departure from his previous practice of recording the message against the backdrop of the snowy Kremlin.

“It was a year of difficult, necessary decisions, the most important steps toward gaining full sovereignty of Russia and powerful consolidation of our society,” he said, echoing his repeated contention that Moscow had no choice but to send troops into Ukraine because it threatened Russia’s security.

“The West lied about peace, but was preparing for aggression, and today it admits it openly, no longer embarrassed. And they cynically use Ukraine and its people to weaken and split Russia,” Putin said. “We have never allowed anyone and will not allow anyone to do this.”

The Kremlin has muzzled any criticism of its actions in Ukraine, shut independent media outlets and criminalized the spread of any information that differs from the official view — including diverging from calling the campaign a special military operation. But the government has faced increasingly vocal criticism from Russian hardliners, who have denounced the president as weak and indecisive and called for ramping up strikes on Ukraine.

Russia has justified the conflict by saying that Ukraine persecuted Russian speakers in the eastern Donbas region, which had been partly under the control of Russian-backed separatists since 2014. Ukraine and the West says these accusations are untrue.

“For years, the Western elites hypocritically assured all of us of their peaceful intentions, including the resolution of the most difficult conflict in the Donbas,” Putin said.

Western countries have imposed wide sanctions against Russia and many foreign companies pulled out of the country or froze operations after Russia sent in troops.

“This year, a real sanctions war was declared on us. Those who started it expected the complete destruction of our industry, finances, and transport. This did not happen, because together we created a reliable margin of safety,” Putin said.