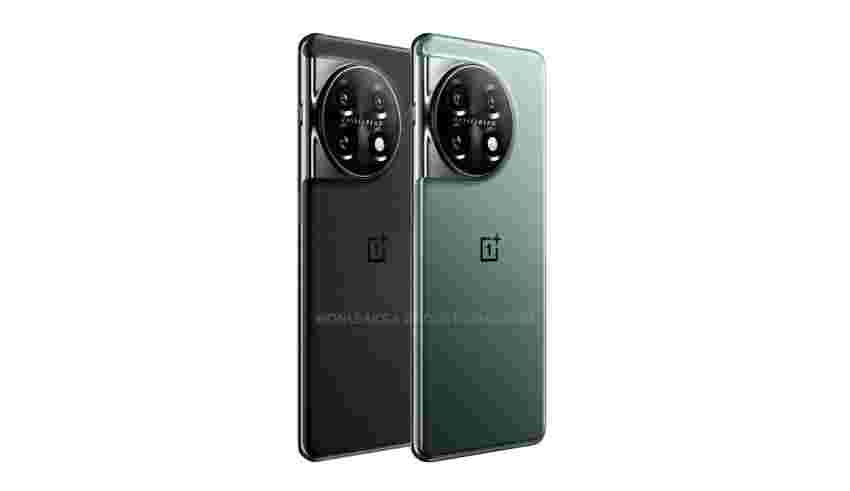 The OnePlus 11 has appeared in a new leaked render showing off a look at two different colour variants of the rumoured device.

The leak, which comes from @OnLeaks in collaboration with Gadget Gang, shows off the handset in matte black (Volcanic Black) and a pastel green (Forest Emerald) shade. There’s also a massive camera bump that features the Hasselblad logo, which has shifted from the left side of the camera bump to the middle and now reads horizontally. Further, the camera design is circular with three lenses and an LED flash.

Sooo… 3 months ago, I was first to reveal the design of the #OnePlus11.

Today, I’m back from the Future again, bringing you the very first official look at that device…😏

OnePlus is also using glossy material for the camera bump, which seamlessly blends into the side of the device.

Further, OnLeaks and Gadgetmatch leaked the handset’s specs. According to the leak, the phone will sport a 6.7-inch QHD+ AMOLED display, a Qualcomm Snapdragon 8 Gen 2, up to 16GB of RAM, a triple camera setup with 50-megapixel, 48-megapixel and 32-megapixel shooters, 16-megapixel selfie camera and a 5,000mAh battery. Feature-wise the device is expected to feature a 48-megapixel camera alongside an ultrawide lens, and the 32-megapixel camera will offer 2x zoom alongside some AI enhancements.