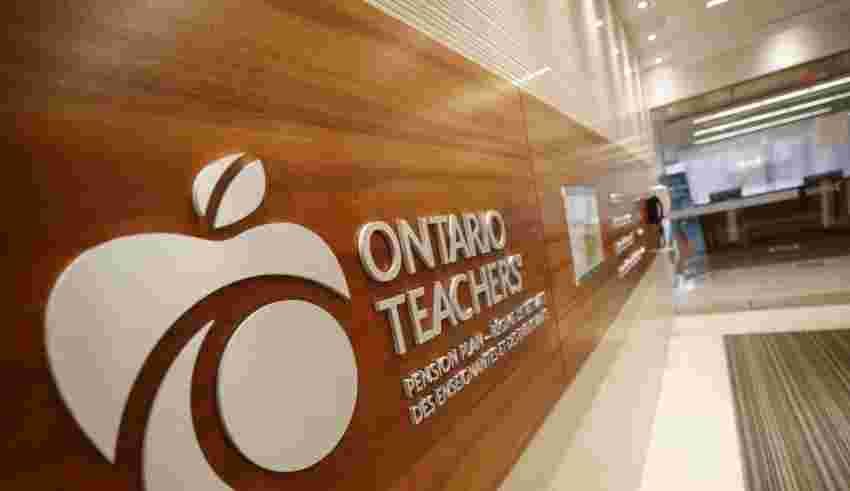 TORONTO — For the second time this year a major Canadian public pension is writing down to zero a bet on cryptocurrency as the risky market sours.

The investments, while providing potential exposure to an emerging asset class, point to the wider risks pension funds have taken on as part of a hunt for returns, said Malcolm Hamilton, a pension expert and senior fellow at the C.D. Howe Institute.

“My perception is they have very dramatically increased the risk profile of the portfolio with the passage of time,” he said, noting that in the 1990s funds were much more focused on government bonds.

Hamilton said the erosion of returns in more stable assets like government bonds has pushed pensions to diversify investments into new areas, though he notes that given the size of the funds, it’s inevitable some bets will look risky without jeopardizing overall funds.

Ontario Teachers’ said in a statement that its investment in FTX represents less than 0.05 per cent of its total net assets, and was invested through its Teachers’ Venture Growth platform to “gain small-scale exposure to an emerging area in the financial technology sector.”

The pension plan said that while the financial loss from FTX will have limited impact because of its relatively small size, it’s disappointed in the result.

The investments are hardly the first by public pensions to dip their toe in the space though, with the venture arm of the Ontario Municipal Employees Retirement System investing in some crypto-related assets as far back as 2012.

And while public pensions have different expectations than private funds because they’re investing public money, there’s no reason they shouldn’t be able to dabble in the emerging space, said John Rekenthaler, vice-president of research for Morningstar.

He said there needs to be serious questions around due diligence for the investments, and given the limits on what can be known in the emerging sector, if the returns fit the risk.

“That’s part of the judgment call that the pension fund manager has to make. Am I getting compensated enough?”

Ontario Teachers’ said in its statement that it conducts robust due diligence on all private investments.

The pension fund said that given the limitations on due diligence, especially in an emerging technology business, it sized its investment moderately in relation to both its venture fund and overall portfolio.

FTX, valued at US$32 billion in the fundraising round that Ontario Teachers’ participated in last January, filed for bankruptcy on Nov. 11.

John Ray III, who was appointed CEO at FTX as part of the filing, and has in the past been brought on to turn around companies in crisis including Enron, said the operational practices at the company were the worst he had seen.

“Never in my career have I seen such a complete failure of corporate controls and such a complete absence of trustworthy financial information as occurred here,” he said.

Other big Canadian public pension funds still have yet to see the risks as worth it.

John Graham, chief executive of the Canada Pension Plan Investment Board, said at a July event that the fund was looking at crypto, since as trillion-dollar market they need to understand it, but that they were still on the sidelines.

“You don’t want to just be investing with FOMO. You want to really think about what the underlying intrinsic value is of some of these assets and build your portfolio accordingly,” Graham said at the time.

This report by The Canadian Press was first published Nov. 18, 2022.