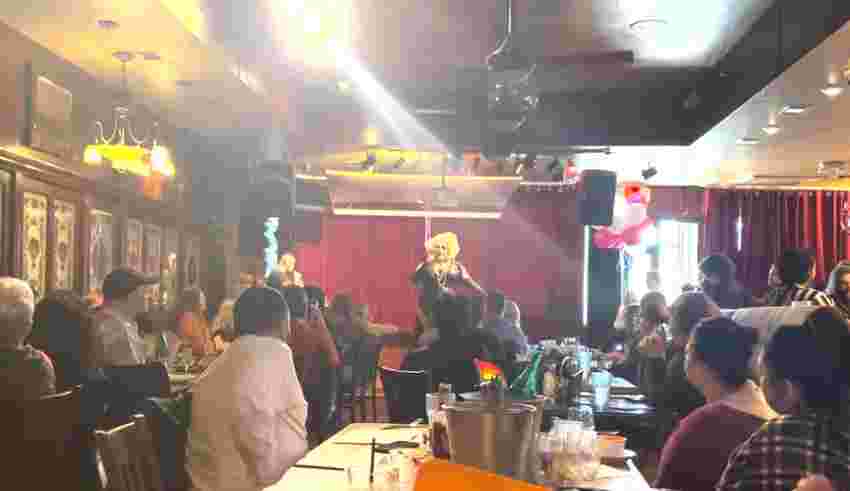 PORTSMOUTH, OH –   MRC News Busters reported on a recent event attended by Democrat legislators, parents, and children – partying with drag queens in Texas. Journalist Tierin-Rose Mandelburg summarized a 2023 story by penning, “Ultimately, the event was a hot mess. Whether it was because of the drag queens talking about licking genitals, the legislators in attendance or the kids, it was not a sight for sore eyes.”

And of course, asinine armed ANTIFA (aka cowardly men pretending to be warrior ninjas) gathered outside with DQs, parents, and kids. Most notably were signs that said “protect drag from fascism.”

Why would a parent bring their kids to an event with costumed morons carrying guns?

Taylor Hansen is also a member of the Texas Family Project. “Given the increasingly hostile progressive attacks on parents and children, Texas families cannot afford to be without a political cavalry to defend them. That is why we created the Texas Family Project. TFP is a pro-family organization advocating for Texas families, and fighting to protect and defend their interests.”

Texas Family Project partners with Sara Gonzales in announcing the launch of Defend Our Kids Texas.

What? Men in powerful positions supporting other men that dress like women and sexualize kids. What happened to their protective instinct and learned behaviors to protect children? Did their own kids attend?

“One of the drag queens got on stage and said “I think it is up to a parent to decide who and what they want to introduce their kids to … so I think that, in all honesty, every part of these protests are moot,” claiming that if parents don’t want to expose their children to drag then simply not to come. He also claimed that the world is flawed and kids have been “hidden away” from the world for a long time. AKA, not enough kids know about drag and “how beautiful it is” and that’s apparently a problem,” reported MRC.

How can these parents be so fooled by child predators with lipstick and a wig? What is eroding the protective instincts of mothers and fathers?

Go to Texas Family Project’s Twitter page and peruse other threads about the DQ event.

I corresponded via email to BuzzBrews, Dallas, TX, about my concerns. If they respond this column will be updated. However, based on my past activism for defending and protecting children – clubs, bars, restaurants, and venues that allow minors at drag queen events do not reply.

This column is ending on a hopeful and positive note. Folks, the following Facebook clip warmed my heart and brought tears.

Members of Texas Family Project and citizens praying and singing at the State Capital.