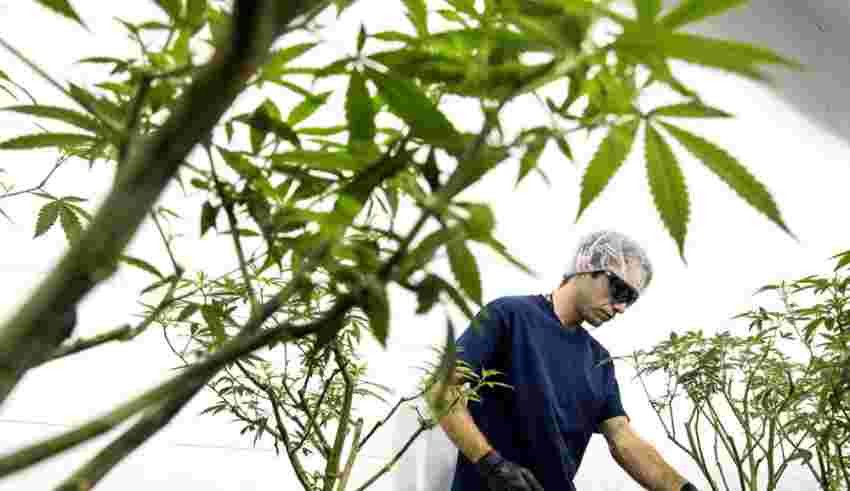 The Ontario Securities Commission has accused a trio of “sophisticated market participants” including investment dealer Cormark Securities Inc. of an “illegal and abusive” short selling scheme.

In a statement of allegations released late Wednesday, Canada’s largest capital markets regulator accused Cormark, William Jeffrey Kennedy, who was the investment dealer’s head of equity capital markets, and client Marc Bistricer of a complex scheme involving Canopy Growth Corp. The regulator is not alleging any wrongdoing against the cannabis company.

According to the 10-page statement of allegations, Cormark, Kennedy (who goes by Jeff Kennedy) and their client devised a complex series of transactions in 2017 that would profit — “virtually risk-free” — from an anticipated spike in demand for Canopy shares when the cannabis firm joined the S&P/TSX Composite Index.

“After considering various ways to capitalize on the expected heightened demand, the three decided on a series of transactions involving a private placement, a securities loan and short sales,” the regulator says, alleging that Saline, a private holding company of which Bistricer was the sole director and office, “entered into each transaction in contemplation of the others” and “sold short when it fully expected to be able to settle the short sales with lower-cost shares acquired through the series of transactions.”

The regulator says it was “highly likely that the short sale orders would be filled because of the anticipated index fund demand.” Moreover, Saline sold short most of the shares at the closing price and could be confident in a nine per cent gain because the private placement price had been previously set at a nine per cent discount to the closing price.

“Saline put up no money of its own. It used the short sale proceeds to pay for the private placement, the securities loan, and Cormark’s services, which cost $362,500,” according to the statement of allegations. “Saline’s profit was over $1.27 million.”

The OSC alleged the series of transactions amounted to an illegal distribution of Canopy shares that is “sometimes called a ‘backdoor underwriting.”‘

None of the allegations have been proven, and an initial hearing is to take place Nov. 23 by teleconference.

Melissa MacKewn, who is representing Kennedy in the case, said her client intends to “vigorously” defend himself.

“The OSC’s case is based on revisionist history, attacking a form of industry accepted transaction years after the fact,” she said.

“We look forward to vigorously defending the allegations and expect to prevail before the Capital Markets Tribunal.”

A spokesperson for Bistricer sent a comment in which he, too, contested the OSC’s take and said he would “vigorously” defend the five-year-old transactions through legal proceedings.

“These allegations are puzzling and appear to be a complete mischaracterization of routine transactions that benefitted all parties, including Canopy Growth, index funds and retail investors,” his statement said. “At all times, we acted honestly, responsibly and in good faith.”

The statement added that the impression of OSC staff that the profit earned was a virtually risk-free arbitrate trade “is far from the truth.”

Lawyers for Cormark could not immediately be reached for comment.