Home Sports Paddy ‘The Baddy’ Pimblett – The Future Of The UFC

The future of the UFC is looking bright so many young good fighters have emerged you have talents such as Islam Makachev, Sean O’Malley, and Khamzat Chimaev. But possibly one of the most exciting young fighters on the roster today not only in terms of talent but in terms of media and pure entertainment value goes by the name of Paddy Pimblett more commonly known as Paddy the Baddy. Paddy first burst onto our screens on the undercard of Till vs Brunson in September 2021 against Luigi Vendramini.

Paddy was comfortable in the first round landing leg kicks and using his lead left hand to judge the distance this was all until Luigi landed a leg kick when Paddy threw a right cross causing him to miss and counter Paddy with a monstrous left hook causing Paddy’s legs to dip. The Scouse fighter took multiple heavy punches throughout the first round before eventually unleashing a vicious fast flurry of punches knocking out Luigi ever since that exciting first fight people knew that the UFC had acquired a star going by the name of Paddy The Baddy.

While Paddy’s first UFC is one to be remembered what is perhaps even more rememberable is his post-match comment “I’m a scouser we don’t get knocked out and true to his word In 22 professional fights the scouser has never been knocked out. Since his knockout win in his first UFC fight, he has fought twice and has won both fights by way of Rear Naked Choke against Mexico’s Kazula Vargas and most recently Jordan Leavitt.

While Paddy showcases an excellent set of skills with fast hands and a brilliant ground game what possibly excites fans the most about him is his relatable personality and extreme antics between fights. Paddy who fights in the lightweight division at 155lbs is known for his extreme weight gain in between fights stating in a post-match conference “I did get to 205lbs” with Paddy talking in a video showing the audience that he ate almost 11,000 calories in one day.

In a post-fight interview, he stated, “I’d rather be fat and happy” but as soon as Paddy is in camp everyone can see the sheer discipline he exerts dropping the extra weight and managing to weigh in at 155 every time.

However behind his exhilarating fighting style and loveable personality is a man that wants to give back to the city he so dearly loves stating in an interview “I hope I do end up earning as much money as Conor McGregor, lad, then no child in my city will ever eat from a food bank ever again” Paddy who was no surprise was born in Liverpool has stated strongly many times that he wishes to fight in Anfield the home of Liverpool football club stating that “You’d have never seen something like it” while his antics excite fans there’s another reason why Paddy’s name has been across newspapers and on the top of news websites behind the loveable character is a man who is the new face for men’s mental health.

Tragically in the post-match interview after his submission win against Leavitt, he revealed “I woke up on Friday morning at 4 am to a message that one of my friends back home had killed himself 5 hours before my weigh in” he also then went on to state “There’s a stigma in this world that men can’t talk. Listen if you’re a man and you’ve got weight on your shoulders and you think the only way you can solve it is by killing yourself please talk to someone I know I’d rather my mate cry on my shoulder than go to his funeral next week so please let’s get rid of this stigma and men start talking” you can hear Paddy talking in detail at the post-fight conference about men’s mental health here.

Also if you are a person no matter the gender and you feel you can’t talk up or you don’t want to be a burden upon people please don’t be afraid to speak up or get help. Mental health issues can affect anyone I will be leaving some useful links at the end of this article that I feel can be beneficial so please do not be afraid to seek help.

What’s next for Paddy the Baddy

In his post-fight interview after a submission win over Leavitt, Paddy announced that we would see him in the octagon once more before the end of the year so that leaves many wondering who could Paddy’s next opponent be a name that people might be familiar with people is Ilia Topuria

Tensions arose between Paddy and Topuria in March at UFC London when the two butted heads in a hotel. Topuria took on Jai Herbert on the same card as Paddy. Herbert dominated Topuria in the first round throwing a variety of strikes and simply overwhelming the Georgian fighter and knocking him down with a head kick.

Topuria came out in the second round much stronger throwing feints to the body and being much more patient this all led to Topuria cornering Herbert against the cage and landing a right hook from hell knocking out Herbert. Topuria then called out Paddy stating “ You have a guy here he’s a b***h. Paddy Pimblett win or lose I wanna fight you next and kick your ass like I did the last time f**k you” while fans would love to see this fight happen ASAP we might have to wait a little while as Topuria is scheduled to face off against UFC veteran Edson Barbosa on October 29th in a fight which is guaranteed to set the house on fire.

From a normal kid on the streets of Liverpool to the next star of the UFC Paddy’s career trajectory is one to behold whoever he fights next you can guarantee thousands will be tuning in to watch. Whatever happens next. make sure you stay tuned a remember the name Paddy ‘The Baddy’ Pimblett 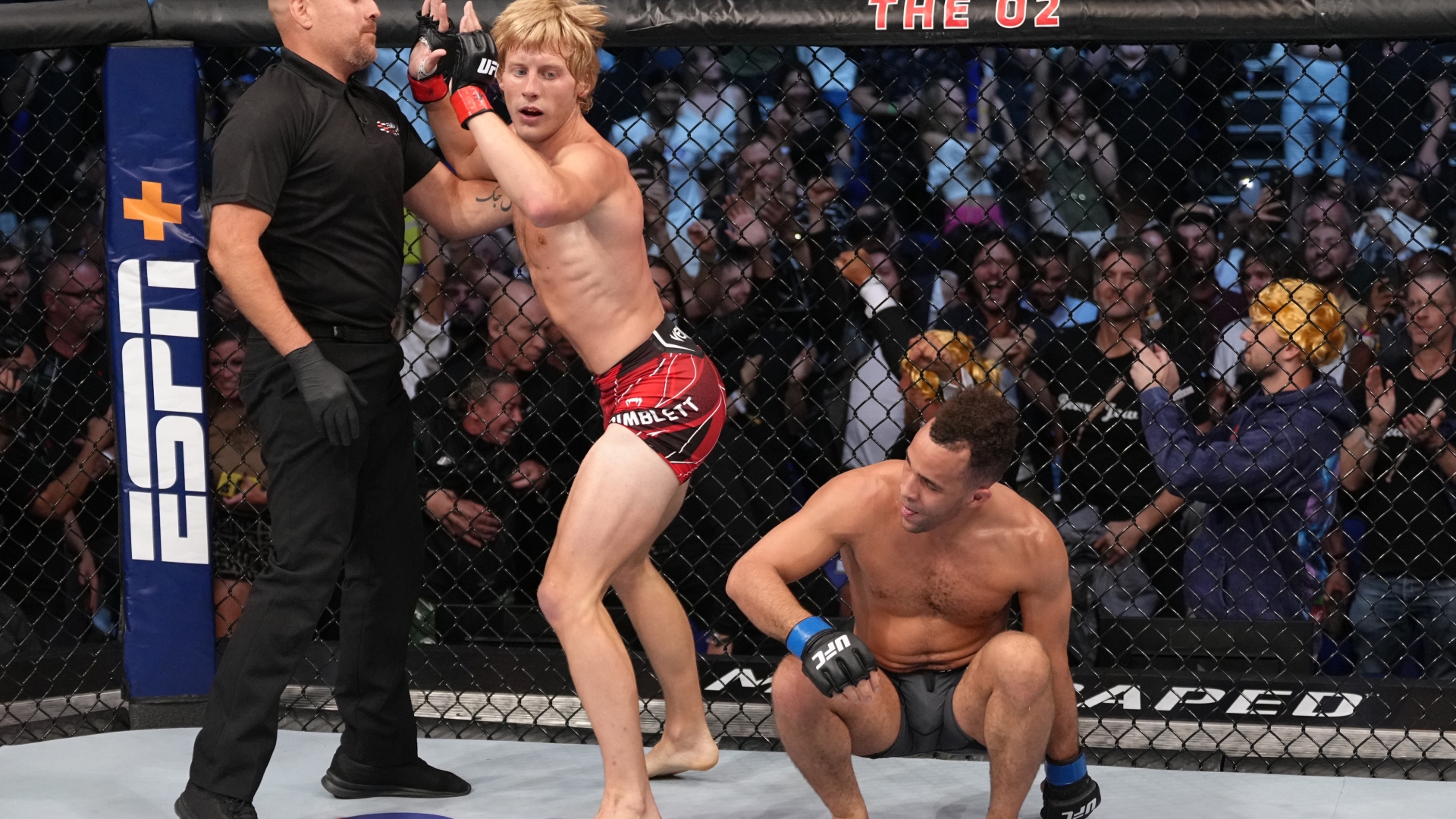