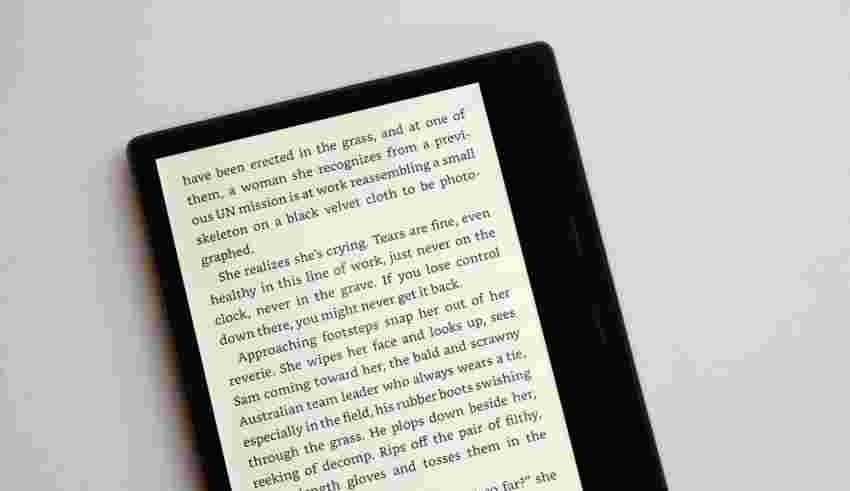 Though her knitwear patterns had previously been published in books and magazines, Reagan Davis was ready to spin a different kind of yarn.

A longtime fan of the cozy mystery — wholesome whodunits more in the vein of Agatha Christie than John Grisham — the Ontario-based Davis decided to self-publish the first three books in her “Knitorious Murder Mysteries” series.

Three years and 12 entries later, the series has found an audience, mostly through Kindle Unlimited (KU), a subscription service that offers readers access to hundreds of thousands of ebooks for $10 per month.

“Cozy mystery readers are enthusiastic readers. They read a lot,” Davis, who writes under a pseudonym, said. “It’s not at all a competitive community. My fellow cozy authors, we all support each other, we all promote each other’s books, because we all appeal to the same people.”

They’re so enthusiastic that Davis has been able to set aside her pattern-making business and focus entirely on designing knitting-themed murders.

The subscription model works for reader and writer alike, she said. Readers can read as much as they want for a flat rate, and writers get paid by page read.

That new system is having an effect on how some writers approach their craft by encouraging them to write faster, longer and crazier. The longer a writer can keep a reader hooked, the more money they stand to make, Davis noted.

A portion of the monthly subscription fee gets funnelled into a pot, called the Kindle Direct Publishing Select Global Fund, which gets divvied among all the authors based on how many pages of their books were read.

Amazon said its fund was worth US$45.2 million last month alone. Representatives did not respond to a request for comment on how much of that went to Canadian writers.

Kobo Plus, a similar subscription service from the Toronto-founded, Rakuten-owned e-reading company, pays writers based on time spent reading.

And unlike libraries, which can only lend out as many copies of an ebook as they own the rights to, there’s no limit to the number of KU or Kobo Plus readers who can download a book at any given time.

The payment model works for writers like Davis, who said she makes 60 per cent of her income from KU and the other 40 per cent from ebook and print sales. But she said it’s also affected the way some people write.

“A lot of KU writers try to write long because we get paid per page read,” she said. “But I mean, you can’t force a story to be longer than it is and keep someone’s interest.”

Speed is also of the essence for KU writers, Davis said. The more books she publishes, the faster her community of readers grows and the more pages there are for that community to read.

She gave the example of Charles Dickens, whose novels penned in the 19th century were published in instalments.

“That was a response to the evolution of print and the way that newspapers and magazines were becoming cheaper and cheaper to produce and easier to get out to a really wide audience,” McGregor said.

“This literature that’s treated as unquestionably canonical and serious was itself influenced by technological shifts interested in building an audience.”

Self-published ebook authors don’t tend to get the same sort of respect as Dickens and his ilk, she said, because they’re largely writing genre fiction: mysteries, romances, fantasies, sci-fi and even fan fiction.

“Traditional publishing has really turned up its nose at that,” McGregor said.

“I think the huge success of Kindle Unlimited stems from the fact that Amazon as an organization is fundamentally indifferent to literature, publishing, cultural capital, prestige, elitism. They don’t care, because they’re just there to make money.

“So while other publishers ignored the growth of this community of fan fiction writers and romance writers, Amazon was like, ‘Oh, cool, you guys like that. We’ll build you a tool to do that.”‘

Rae Knightly said she didn’t even consider going with a traditional publisher after writing “Ben Archer and the Cosmic Fall,” the first book in her middle-grade science fiction series about a 12-year-old boy gifted with an alien superpower.

“I had no idea if my story was any good,” she said from her home in Port Coquitlam, B.C. “I had no idea if it had any value or if anyone would read it. And since I knew that traditional publishing could take years, I didn’t want to wait that long.”

Like Davis, Knightly opted to write a series of books in an effort to garner more attention in the crowded market of self-published books.

Initially, she planned on writing three books about Ben Archer. But after establishing an audience — not an easy feat — she decided to keep going.

“I think the turning point came after Book 3,” she said. “I think readers are more likely to try you out when they see that you have several books out.

“The other thing is, things changed for me the day that I realized that I needed to treat my writing as a business, which is a big mind switch for a creative person.”

This report by The Canadian Press was first published Dec. 18, 2022.