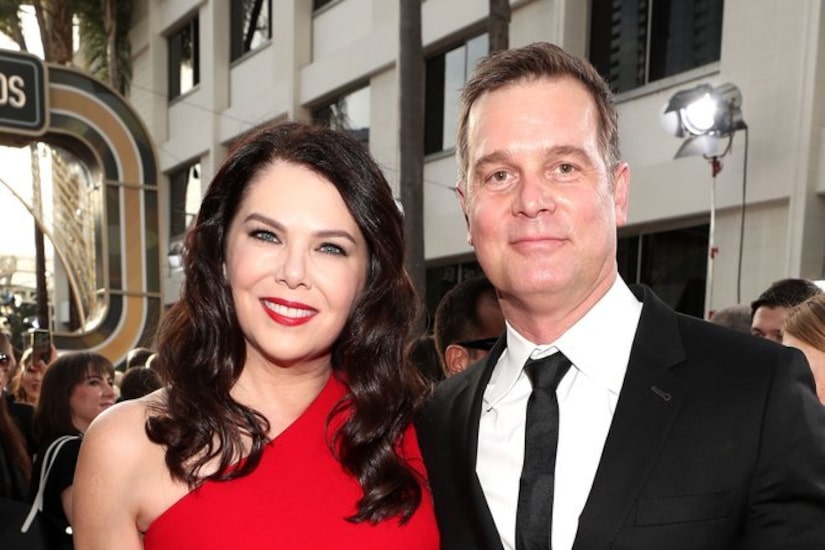 After more than 10 years together, Lauren Graham and Peter Krause have called it quits.

While they met in 1995, Lauren and Peter didn’t start dating until 2010 when they were co-stars on “Parenthood.”

In 2010, Lauren opened up about their relationship, telling Redbook, “Nobody knew about it for a while because we like to be at home, cooking and not going out. I’ve also been really protective of it because it’s important that you can buy us as brother and sister on the show.”

As for working with Peter, she said, “One of the things that’s been so fun is that it’s so easy. It’s a lot, to work with somebody and spend time with them, too.”

That same year, the two debuted on the red carpet at the Saban Free Clinic’s 34th annual dinner gala in Beverly Hills.

Last year, Lauren discussed being apart while she filmed “The Mighty Ducks: Game Changers” during the COVID-19 pandemic.

She told Ellen DeGeneres, “Normally, that’s a two-hour flight and you come home on the weekends, but I couldn’t do that. So we were separated for almost five months, which had never happened before.”

Graham joked that going back to life with Krause was “more difficult” since he had “really bonded” with his son Roman while she was away filming.

She commented, “It was more like they were the married couple… They were like, ‘We don’t do it that way anymore,’ in the kitchen or whatever. They were like, ‘No, no, no, this is how things happen.’”

Eight years ago, Lauren appeared on “The Ellen DeGeneres Show,” where she discussed her future with Peter. She said, “We’re really happy. I feel like close to five years in Hollywood is like, ‘Aren’t we married already, really?'”

She expressed keeping it “the way it is.”