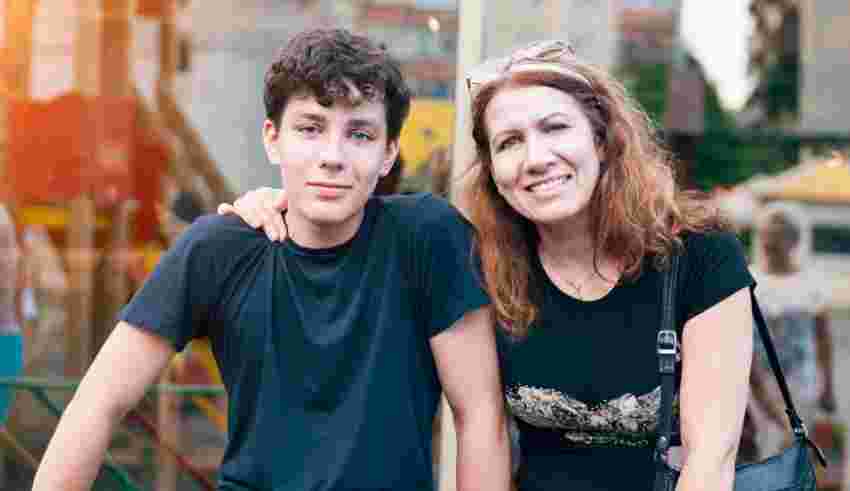 SPRING HILL, FL – Most adolescents say they will not have children, nor do they desire to get married. Why should they want to bring children into this uncertain, painful, and unjust world? Families in the movies, on television and in the media are portrayed as dysfunctional and tragic figures. Love, joy, and happy endings are no longer common. Rather, most of the relationships are laced with suffering, betrayal, and violence. Instead of being a sanctuary of stability, the institution of marriage and love are now portrayed as a hell on earth.

In the past marriage had a simple script. Fathers worked outside the home. Mothers took care of the home, the meals, and the children. Fathers came home after work and were greeted by the wife and children. The father’s role was to be the ultimate disciplinarian. The family was centered in the home and around the extended family. It was a simple lifestyle. Choices were limited as compared to today’s lifestyle.

The options modern families have are greater, more confusing, and dangerous than ever. Young children, some as early as preschool, are introduced to sexual acts by people who simulate these acts in front of them in many settings.

Oral sex is graphically demonstrated to these innocent children. Some professional exotic dancers perform “twerking” in front of young children to begin the process of normalizing lewd acts. Tolerance for evil acts is part of the agenda for supposedly expanding and turning citizens against traditional religious behaviors.

Parents are waking up to our government schools, Hollywood, corporate heads, the media and woke politicians indoctrinating our citizens to accept and even encourage youngsters’ sexual confusion to change their sex. Actual sexual acts with props are demonstrated to students. These “lessons” are not only inappropriate but are damaging to the normal sexual development of our children. Deviant behaviors that our government is teaching in our schools is an attempt to normalize Biblically sinful behavior.

Our medical for-profit industry is advocating gender reassignment. This procedure currently costs about $40,000 as stated by the Virginia Hospital and is a good moneymaker. The problem is the youngsters are choosing to have these physical changes during preteen years without the ability to understand the physical and psychological implications. This is medical malpractice. Furthermore, the hormones injected into their bodies and the amputations cannot be undone when they experience the damage done. The medical profession has not developed ethical guidelines for treating young patients’ sexual dysphoria.

The Supreme Court decision to leave abortion decisions to the states caused a firestorm. Killing human babies has become preferable to many young people than killing animals at animal control. Some people in favor of abortion want to murder a baby up to the day of birth and some insane adults advocate for up to two years of age. The estimated number of abortions in the USA yearly is approximately a million.

Throughout our nation children are being forced into child trafficking. These children are sexually abused by pedophiles for their pleasure with rarely any criminal prosecution. These innocent children’s futures are severely scarred. The media is not wanting to expose this story as so many are powerful people are involved in it.

Our children are also being propagandized by Internet influencers and content that is supportive of early sexual experimentation and drug use. This underground social culture undermines parental authority and condones evil acts of self-destruction as “cool.”

Our children are the future of the nation. However, these youngsters are pushed into an unjust cultural world where they do not have the ability and maturity to understand the implications of long-term deviant behavior. They cannot negotiate all the propaganda they are inundated with at home, on the Internet, through the mass media, and in school. They are the true victims.

It is the responsibility of all conscientious adults to set the example of what constitutes a healthy lifestyle- not the media. Our government schools should listen to the students’ parents as to what they want the children to learn. School officials should not be stating that they are more important than the parents in deciding what moral values and beliefs children should learn. The parents have always been important, now more than ever.

Instead of focusing on social injustices of the past, that cannot be corrected, we should focus on the children by shielding them from social decay which our culture is drowning in. This indicates parents must be vigilant in monitoring their children’s internet involvement and especially discuss the lessons and ideas that have been taught at school. Parents need to be involved in all aspects of what their child is involved in and who they are with to prevent the child from becoming addicted to unhealthy thinking and behavior.