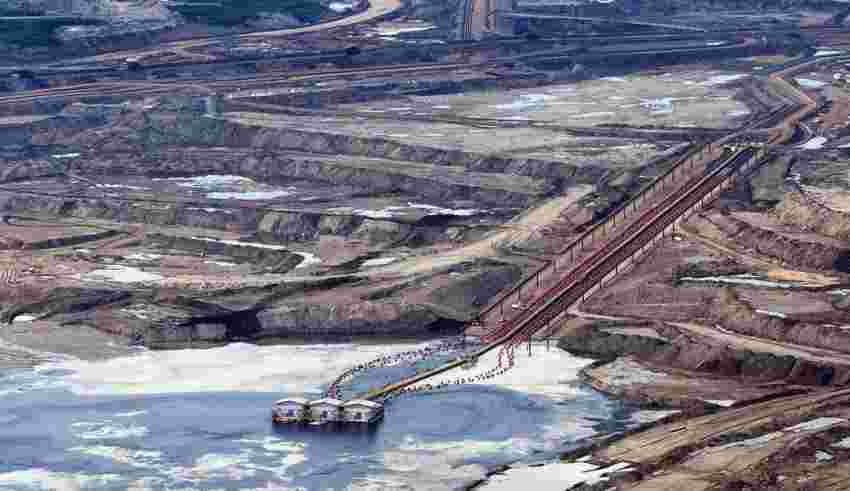 CALGARY — Not that many years ago, the idea of showcasing the Canadian oilsands at an international summit on climate change would have been laughable.

It is just three years since green energy think-tank the Pembina Institute declared the oilsands as on a “collision course” with this country’s climate goals, and fewer than six years since Prime Minister Justin Trudeau sparked fury in Alberta by commenting in a public forum that the province’s oilsands industry needs to be “phased out” as part of Canada’s transition off fossil fuels.

So the fact that representatives of the Pathways Alliance — a consortium of Canada’s largest oilsands companies — are not only attending the United Nations’ COP27 climate conference in Egypt this week, but scheduled to make a presentation Friday in the federal government-hosted Canada Pavilion shows just how far the industry has come in terms of its willingness to be a full-fledged partner in the fight against climate change, said Pathways president Kendall Dilling.

“Even within the last two or three years, there’s been a marked shift within the industry,” Dilling said in an interview this week.

“There’s a recognition that there’s a massive decarbonization challenge ahead of us as Canadians and globally. No one party can do that on their own, we have to be working together.”

Some environmentalists have expressed their frustration over the oil and gas sector’s presence at COP27, which is occurring even as the UN itself warns that the global climate crisis is becoming increasingly dire.

Stand.Earth’s international program director Tzeporah Berman called the presence of Pathways at the Canada pavilion “embarrassing,” arguing in a series of tweets that the sector has a history of failed promises when it comes to the environment and climate change.

It’s true that Alberta’s oil and gas sector is the country’s largest polluter, and while oilsands companies have managed to reduce their emissions per barrel, total emissions from the oilsands have more than doubled since 2005 due to increased production.

It’s the first time a pledge like that has been made, and Dilling said the sector now realizes its very future depends on it.

The key plank in the Pathways plan is a proposed carbon capture and storage network in northern Alberta, which could see member companies invest $16.5 billion before 2030.

The group is also planning an additional $7.6 billion investment in other major emissions reduction projects and technologies, including hydrogen development and steam reduction.

Pathways hasn’t yet committed to pulling the trigger on that headline carbon capture project, and a growing chorus of voices has been calling for industry to move faster with its climate pledges — especially given the record profits energy companies have been earning in 2022.

Dilling acknowledged the criticism but said the decision to go ahead can’t be made until regulatory approval for the project is granted, a milestone that’s at least two years out.

“We’re sort of in that awkward position right now where people are saying we’re not spending enough, and we’re saying we’re doing everything we possibly can to advance this project,” he said.

“We’re spending tens and hundreds of millions, and that will soon become billions, but that ramp-up takes a couple years.”

Pathways is also still in negotiations with the federal and provincial government. While the federal government has already created an investment tax credit for carbon capture that will help to offset capital costs of the Pathways proposal, its members are also requesting support with ongoing operating costs.

In the meantime, close to 500 people — member company employees as well as contractors — are working full-time for Pathways, pushing ahead with environmental and engineering work to ensure the carbon capture project can be ready to go as soon as possible.

“We’re certainly not sitting on our laurels,” Dilling said. “We’re doing everything we can to ensure all this front-end work is progressing so that when we finally get these final pieces nailed down, we’re not already behind.”

With a tight time frame and a long list of hurdles to clear, the emissions reduction challenge facing the oilsands is daunting, to say the least, Dilling said.

“But I also genuinely believe, in the depths of my soul, that we just need to show really positive constructive progress,” he added.

This report by The Canadian Press was first publishedNov. 10, 2022.