The telecom giant records a maximum download speed of 1373Mbps and upload speeds of 142Mbps. Bell’s overall speed score is 90, while Rogers and Telus each have a final score of 91. 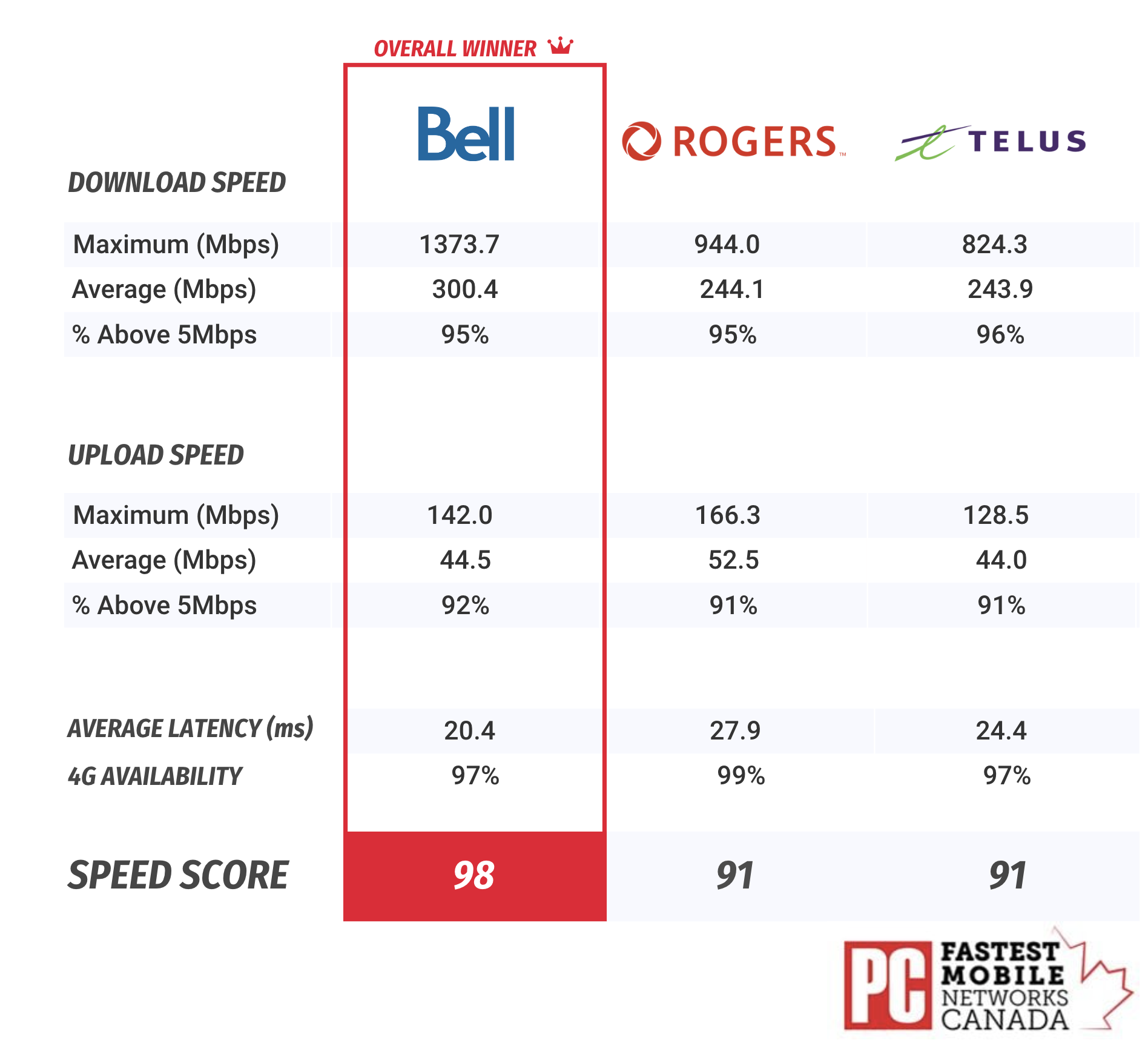 The publication notes the introduction of 5G+ through the 3,500MHz network has considerably improved speed. The three largest carriers in Canada introduced the network in June.

The publication notes the spectrum helped Rogers increase its average download speeds the most, compared to Bell and Telus. Before the introduction, the company was lagging behind its two competitors. 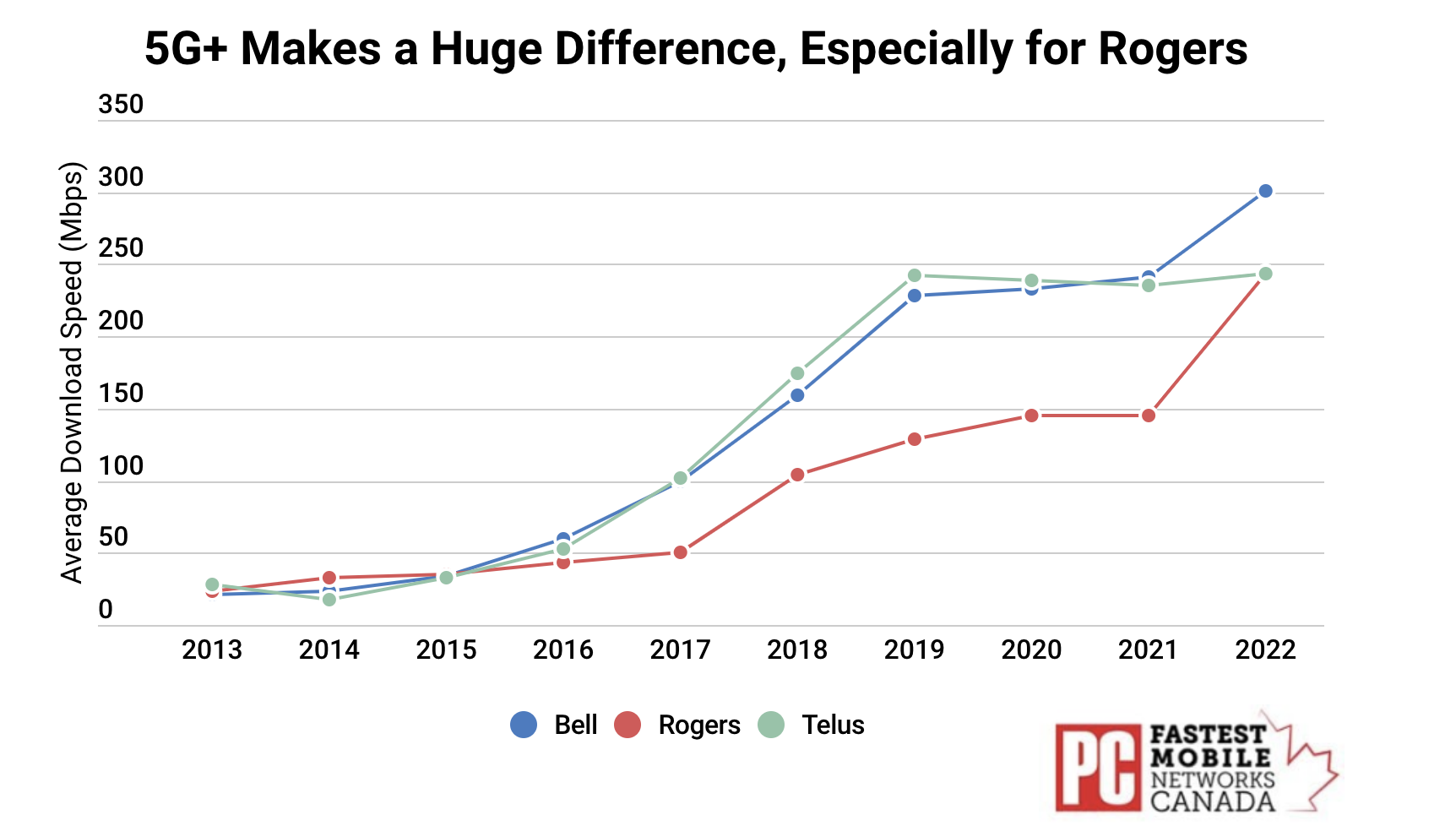 But Rogers was no match for Bell and its “spectacular work,” the report states. Bell has the fastest mobile network in 22 of the 31 areas, including Toronto and Calgary, New Brunswick and Nova Scotia.

Despite having similar speed scores, the report notes Rogers is in a “second-place showing.” Its 5G+ network is a significant player in B.C. and Montreal.

On the other hand, Telus has access to the 3,500MHz network, but it doesn’t have access to Android device firmware.