Home News Pelosi Attacker Intended to Take Nancy Hostage, Break Her Kneecaps; Said She Is “Leader of The Pack” of Lies Told By The Democratic Party 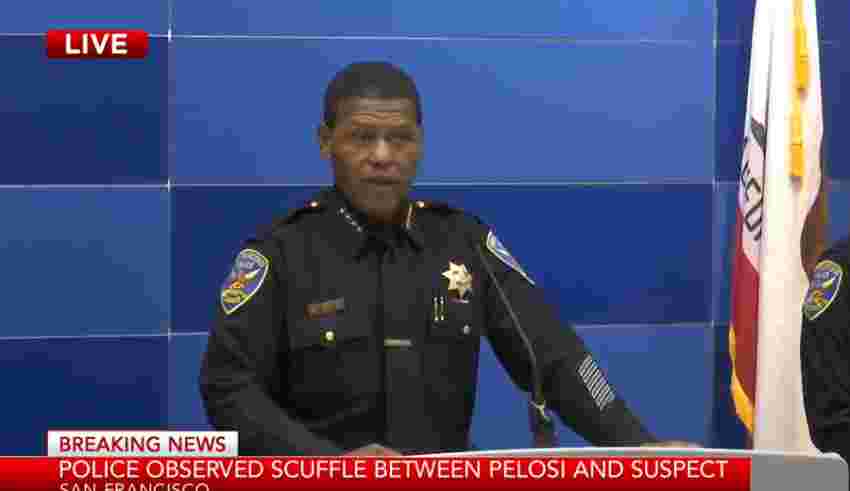 The suspect who allegedly broke into Nancy Pelosi’s and assaulted her husband Paul reportedly told authorities that he had wanted to take the House Speaker hostage and break her kneecaps.

As revealed during a police press conference on Monday, as well as a Justice Department filing, David DePape, 42, broke into Pelosi’s San Francisco home early Friday with zip ties, rope, and tape. He found Paul Pelosi, 82, asleep in an upstairs bedroom and demanded that he be allowed to speak with his wife, who was not home at the time.

DePape reportedly told officials that he wanted to confront Speaker Pelosi, 82, because he viewed her as the “leader of the pack of lies told by the Democratic Party,” and he had intended to take her hostage in order to compel her to tell the “truth.”

“If she were to tell DePape the ‘truth,’ he would let her go and if she ‘lied,’ he was going to break her kneecaps,” the criminal complaint against DePape states. “By breaking Nancy’s kneecaps, she would then have to be wheeled into Congress, which would show other members of Congress there were consequences to actions.”

Reports indicate that DePape made frequent posts related to various conspiracy theories on social media, and both an acquaintance and his ex-girlfriend indicated in interviews that he was “out of touch with reality” that at one time he had believed “he was Jesus for a year.”

Reports indicate that DePape is an illegal immigrant, electing to remain in the United States after a previous work visa had expired.

DePepe has been charged by the Department of Justice with federal kidnapping and assault charges; in addition, the San Francisco District Attorney’s Office has also charged him with attempted murder, elder abuse, and additional crimes.