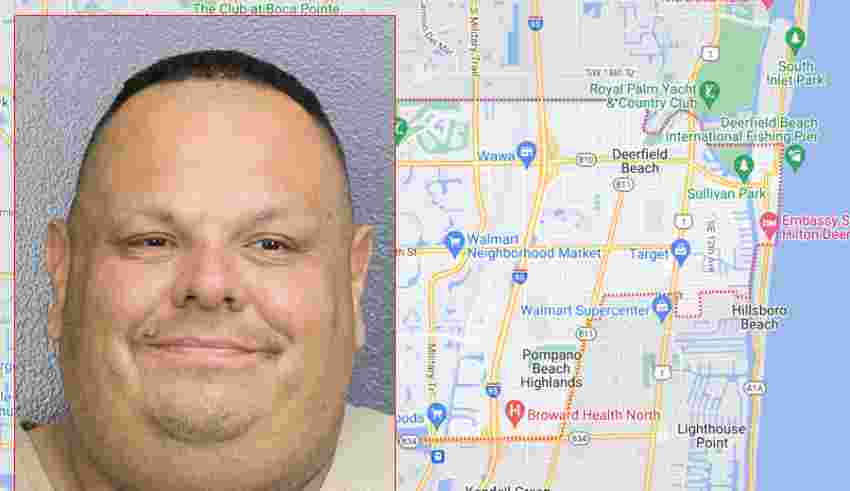 A man who police say attempted to set fire to an occupied building has been arrested. Detectives with the Broward Sheriff’s Office Violent Crimes Unit took custody of Alexis Camacho, 37, of Pembroke Pines, for intent to set fire to a grocery store in Deerfield Beach.

According to authorities, at approximately 1:52 a.m., Tuesday, November 15, Broward Sheriff’s Office Deerfield Beach District deputies and Broward Sheriff Fire Rescue responded to several calls reporting a structure fire at 4809 N. Dixie Highway in Deerfield Beach. On scene, deputies located several wooden pallets engulfed in flames in the rear of the grocery store. The pallets were next to two large propane tanks. The fire from the pallets caught the structure on fire, damaging its exterior.

Broward Sheriff’s Fire Rescue extinguished the fire and the State Fire Marshal responded deeming the fire an act of arson. According to investigators, the subject manipulated the propane tank to emit gas vapor, which if ignited, would’ve caused a massive explosion. The store is often staffed during overnight hours to perform different tasks. There were no injuries reported during this incident.

Investigators canvassed the area and through investigative methods were able to identify the subject as Camacho. Investigators quickly located and apprehended him. Camacho was transported to the Broward Main County Jail. He was arrested on one count of arson in the second degree.