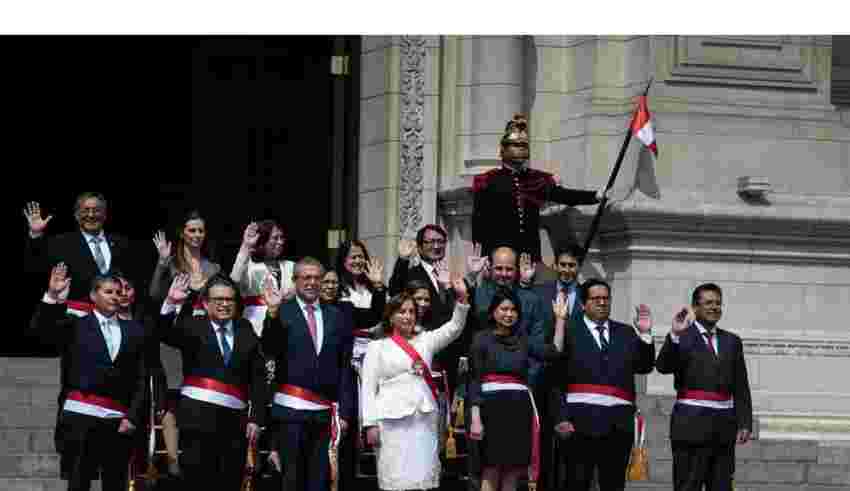 (Bloomberg) — Peru’s new President Dina Boluarte named a US-educated economist who has spent most of his career at the central bank as economy minister, as she tries to restore calm after the turmoil of recent days.

Alex Contreras was deputy economy minister under former President Pedro Castillo, who was ousted on Dec. 7. Contreras worked at the central bank between 2007 and 2019, according to his resume on the ministry’s website. He has also taught Macroeconomics, Monetary Theory, Statistics and Econometrics in local universities.

Boluarte is trying to seek allies and establish her authority after the chaos triggered by Castillo’s attempt to dissolve congress. Peru’s stocks, bonds and currency initially slumped as the constitutional crisis unfolded, then rebounded when Castillo was impeached and then arrested hours later.

Boluarte named Oscar Vera as her Mining and Energy Minister. Vera is a chemical engineer who previously worked at the state oil company Petroperu, according to newspaper La Republica. She also named Petro Angulo, a former prosecutor, to be her prime minister.

Supporters of Castillo are blocking highways in some regions, according to the nation’s transport authority, to demand his release from detention and new elections. These include a strategically important road that links southern provinces where agro-industrial exports such as blueberries and grapes are produced, with Callao, Peru’s biggest port, as well as with the capital.

The demonstrations pose a challenge to Boluarte as she tries to reimpose order. Since the new president doesn’t have a party in congress, she is also at risk of being ousted before her term expires in 2026, if she is unable to get a grip on the situation. Boluarte is the nation’s sixth leader since the start of 2018.

Castillo’s approval ratings had fallen to about 25% by the time he was impeached, but he did still enjoy significant backing among the poorest farmers and some other groups such as teachers.