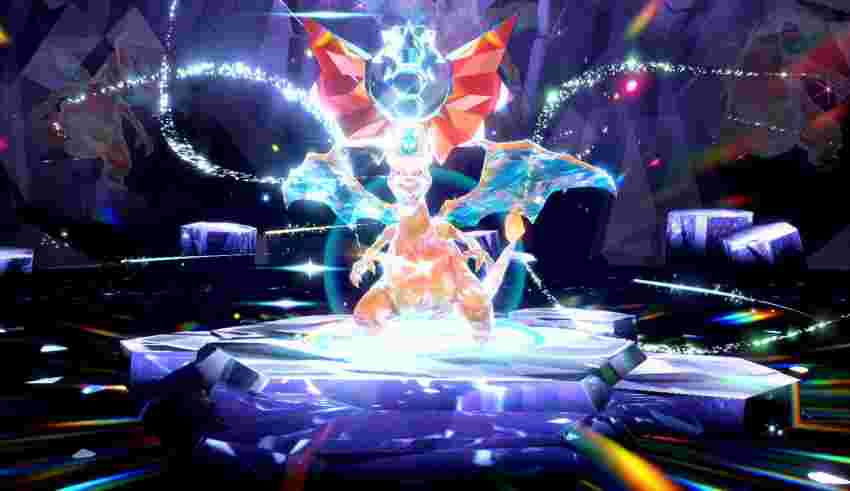 The Pokémon Company’s latest trailer shows off glimpses of what might be two new forms of a generation-two Pokémon, the Dragon Tera Type, and more.

First, let’s get into what might be evolutions or a new form of the rock/ground-Type Pokémon, Donphan. According to the Pokémon website, there will be a Scarlet Book and Violet Book, which are record expeditions written from a long time ago. The NPC Arven will carry one of these books, depending on which game you’re playing.

Join forces with other Trainers from around the world to battle the mightiest Pokémon in Paldea! 😤 🤝

While unconfirmed, it looks like there will be ‘past’ and ‘future’ forms in these upcoming titles. This wouldn’t be the first this has been theorized, given the legendary Pokémon Koraidon and Miraidon and the professors Turo and Sada.

You can find these special Charizards in Black Tera Raid crystals.

Over the weekend, the Pokémon Company also revealed Gimmighoul, a Pokémon that hides in chests and has two forms. The second form, ‘Roaming Form,’ is when a Ghimmighoul leaves its chest and carries a small coin on its back. It seems that this Pokémon can only be caught in this form in Pokémon Go.

It’s worth noting that there are a lot of Pokémon leaks currently circulating, and if you’re like me and want to stay unspoiled, you might want to start muting  “Pokémon” from your social media.