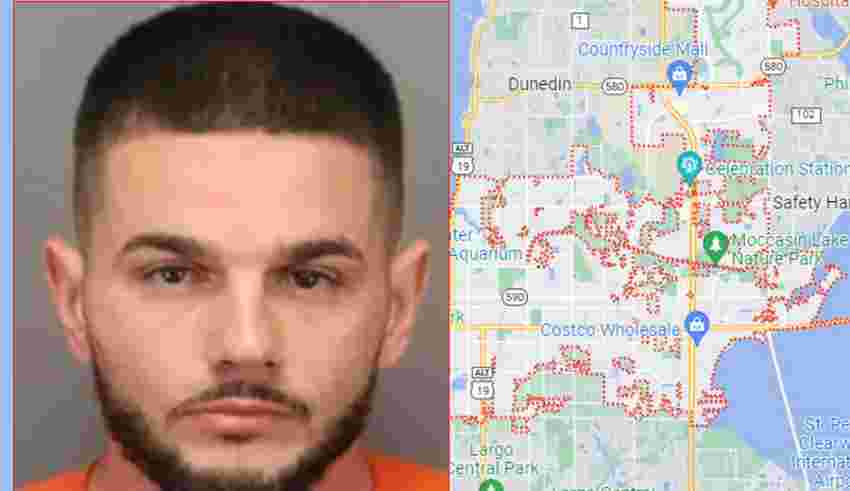 CLEARWATER, FL – A Florida man is in custody after he allegedly ambushed and had sex with his neighbor’s dog, fleeing to a nearby church when confronted where he wrecked the house of worship’s nativity display and then attempted to steal a car, according to the Clearwater Police Department.

Police say that Chad Mason, 36, of Orlando, was acquainted with the unfortunate dog in question – a Goldendoodle – and was aware that it’s owner was taking it out for a walk at a local apartment complex located at 2600 block of McMullen Booth Road at approximately 4:30 p.m. Sunday.

At that time, Mason reportedly grabbed the dog and began to have sex with it in front of several adults and one child under the age of 16; when confronted, Mason fled to nearby Northwood Presbyterian Church, and in the process of attempting to escape knocked over and destroyed a nativity display, broke numerous potted plants, and tossed aside toys from a children’s playground.

The damage to church property amounts to $400, authorities say.

After wreaking havok at the church, Mason again feld, this time to a nearby neighborhood; there, he destroyed a resident’s mailbox and then tried to escape by attempting to unsuccessfully steal another resident’s vehicle.

Mason was eventually located by police on Sunday evening and placed under arrest. He was booked while in custody at Pinellas County Jail on several charges, including sexual activity with an animal, exposing sexual organs, and criminal mischief to a place of worship. He has since posted bond and is now back on the street.

Mason is scheduled to be back in court at the end of December.