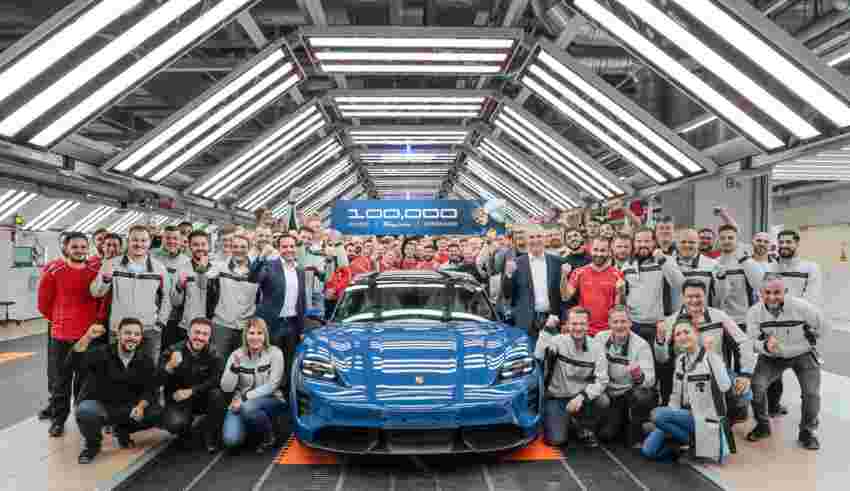 Such is the case for Porsche, anyway, as its debut fully-electric model, the Taycan, has seen its 100,000th example roll off the assembly line. Since September 2019, the car has shown off Porsche’s ability to translate its iconic design, character, luxury, and performance into a futuristic electric vehicle, and the Neptune Blue Taycan Turbo S, destined for a UK customer, continues to be an amazing example of that, just like its 99,999 predecessors. The performance of the car is especially a highlight since the Taycan Turbo S holds the Nürburgring Nordschleife lap record for production electric cars at 7 minutes and 33 seconds.

MUST READ: The Only 2022 Porsche 911 Stinger GTR Carbon Edition In The U.S. Is For Sale

100,000 is a number present for the Taycan in more ways than just the production number, as many Taycan owners have already driven theirs over 100,000 kilometers (roughly 62,000 miles). In their experiences, the Taycan has proved to be a luxurious, fun, and powerful vehicle to drive, but many see room for improvement when it comes to the charging infrastructure for electric vehicles in general. As electric vehicles start to become the standard in various segments of the automotive industry, the Porsche Taycan proves that performance luxury brands with decades of legacy and a passionate fanbase like Porsche are more than welcome to electrifying change