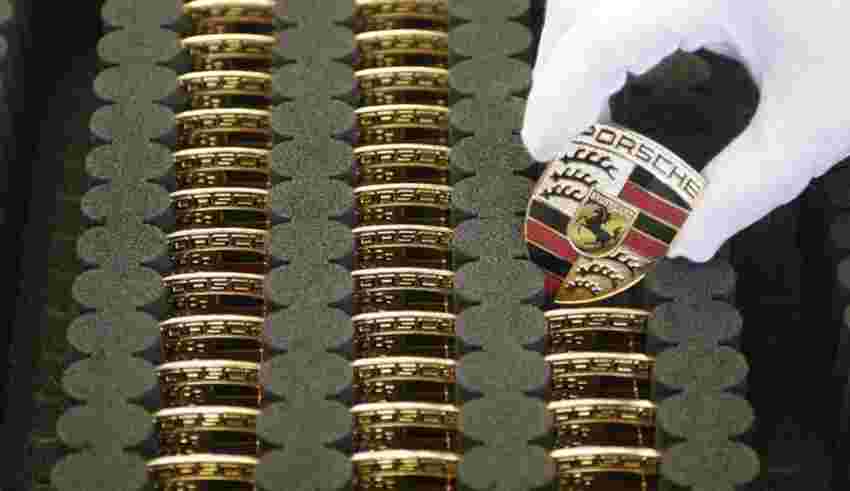 The story of one of the auto industry’s most respected emblems is quite unexpected.

Porsche is one of the most loved brands in the automotive world, especially when it comes to cars that feature elevated luxury and performance. As a result, its signature crest, featuring a golden shield, with a horse in the center, antlers, and red and black stripes, inspired by the city seal of Stuttgart, Porsche’s German hometown, as well as by the Württemberg-Hohenzollern coat of arms, has become a ubiquitous symbol that is closely associated with some of the best cars that the world has ever seen.

MUST READ: The Best Porsches You Can Buy Today

The Porsche crest, however, wasn’t always with the brand. Since 1948, every single Porsche has featured the brand’s iconic all-caps lettering. But it wasn’t until 1951, when Porsche, as well as one of its original customers, Doctor Ottomar Domnick, entrusted art schools in Germany with the challenge of designing a logo for Porsche, with 1,000 deutsche marks as the stake. None of the designs proposed won the challenge. It was actually in New York City where the Porsche Crest was born, with Max Hoffman and his Hoffman Motor Company, the first to import a Porsche 356 to the United States, who reminded Ferry Porsche at dinner of the need for Porsche to develop a seal.

After that, Porsche designer Franz Xaver Reimspieß designed the trademark that eventually became the crest emblazoned on every Porsche since 1952. The logo is currently in its fifth iteration, which was introduced in 2008, but it retains the same essential characteristics as the logo from 1952, only undergoing minor changes to remain contemporary.