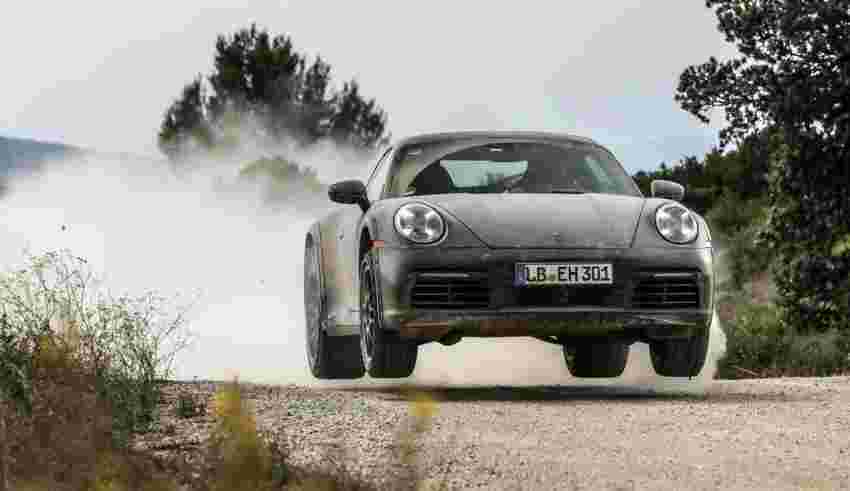 The Porsche 911 is one of the automotive world’s greatest sports car legends, and that includes off-road prowess. In 1984, a purpose-built Porsche 911 won the legendary Paris-Dakar Rally, and it was the first 911 to ever be fitted with an all-wheel drive system. Since then, it’s been 38 years, and Porsche has decided to honor the legacy of that 911 and introduce the new Porsche 911 Dakar, the first two-door sports car from the brand to be off-road capable. It will be officially revealed on November 16 at 7:00 PM Pacific Time at the Los Angeles Auto Show, and it will show off the 911’s incredible versatility as a performance car.

MUST READ: Porsche Has Produced Its 100,000th Fully-Electric Taycan

The car has been in development for quite some time, as it has now covered over 6,000 miles of off-road testing, going from Weissach’s off-road proving grounds, to Château de Lastours in France, and locations with gravel, snow, ice, and sand. Including on-road testing, the car has been tested in extreme conditions globally for over 300,000 miles. Walter Röhrl, two-time world rally champion, was impressed by the new 911 Dakar’s composure on snow and ice. With off-road composure and all-around performance, the new Porsche 911 Dakar is going to take the brand’s biggest icon to new places.