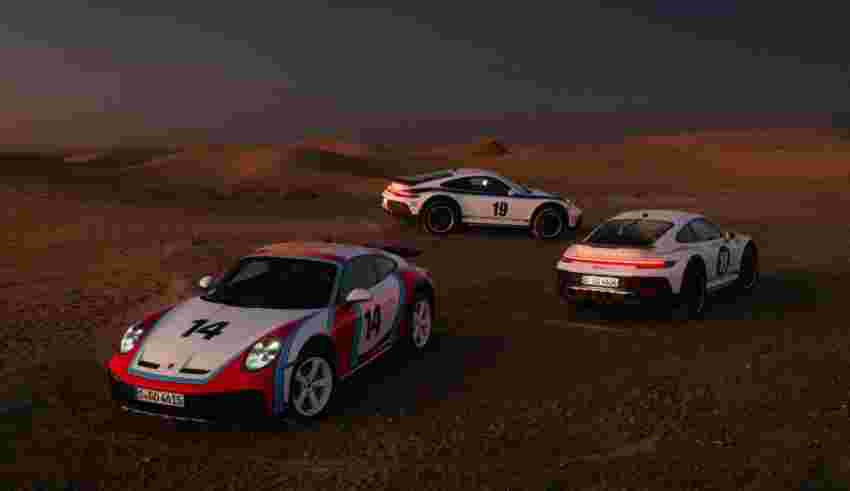 As if the Porsche 911 Dakar couldn’t get any cooler, now we get to design them as blasts from the past.

Viewed as one of the most timeless automotive designs ever created, the Porsche 911’s historic legacy continues with modern examples that embody their predecessors. Unveiling the 911 Dakar as its off-road capable supercar, Porsche dives deep into its involvement in the iconic Dakar Rally during the 1970s. Porsche is proud to honor those 911 race cars by styling the 992 911 Dakar and Dakar Rallye Design Package with three exclusive wraps that mirror their liveries.

The Rallye 1971 design celebrates the fifth-place Kenya Dakar finisher for the Polish 911 team, highlighting its silhouette with black decals and a pronounced #19 competition number. The optional decal set is available during configuration for an additional $4,475.

During the 1974 East African Safari Rallye, Björn Waldegård sprinted across desert terrain in a Porsche 911 Carrera 2.7 RS. The livery of the 911 incorporated blue stripes that traced the shoulder lines of the otherwise white car. The modern-day wrap features the same theme, fit with narrower stripes and augmented by the Porsche logo on the lower edges of the doors. The Rallye 1974 decal set is available for $4,475.

One of the most iconic designs mirrors the two 911 SC Group 4 cars custom-built for the 1978 East African Safari Rally. Using wave-shaped surfaces of orange, light grey, and dark grey, Porsche quickly became most well-known for its Martini Racing Team livery. The competition number 14 on the doors was that of second-placed Vic Preston Jr. The Rallye 1978 decal set is available for $6,400. View all current Porsche 911 models for sale on duPont REGISTRY by clicking on the link below.