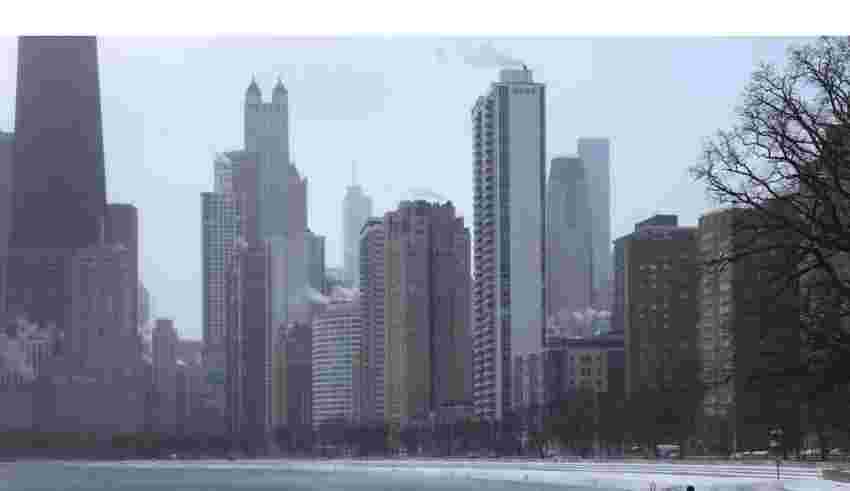 (Bloomberg) — The enormous winter storm that’s battered a vast swath of the US and Canada is still grounding flights and keeping holiday travelers off the roads, and has knocked out power to millions of people just as temperatures plummet.

As of early Saturday, FlightAware showed over 2,300 delays or cancellations within, into or out of the US. Some of the worst-affected airports were in Boston, Detroit, and Newark, New Jersey. Delays may tail off as the storm moves off.

A feature of the storm has been “brutal cold” more than heavy snow, said the National Weather Service.

The Arctic blast spells “cold temperatures and dangerous wind chills [that] will create a potentially life-threatening hazard for travelers that become stranded, individuals that work outside, livestock and domestic pets,” the weather service said.

Power outages affected more than 1.4 million homes and businesses, with outages spanning more than 25 states, from Maine to Texas.

PJM, an electric grid that stretches from Illinois to New Jersey, late on Friday issued a rare, system-wide emergency and is ordering some customers to curtail demand as a vast winter storm sends power use soaring. Duke Energy on Saturday urged customers in the Carolinas to reduce their power usage for the next 24 hours.

The Tennessee Valley Authority, which provides electricity to several states, earlier ordered rolling blackouts to cope with overwhelming demand as millions of people turned up heaters amid the cold.

While it’s packing plenty of snow and frigid temperatures, the storm is mostly noteworthy for its size and speed. Snow, blizzard, freezes and flood warnings and advisories stretch across central and eastern US, its northern fringe and the Deep South, as well as into Canada. Its speedy march across the continent is causing violent temperature swings. New York City was 55F (13C) at dawn. By 10 p.m., it’s forecast to be around 10.

More than 200 million Americans — around 60% of the country — were under some form of winter weather warning or advisory Friday, according to the National Weather Service. Heavy snow is set to blanket the Great Lakes region and parts of northern New York and New England, with bitter cold following.

The storm intensified while sweeping east to achieve the status of a “bomb cyclone” — when its central pressure rapidly plunges — and is now centered over southwestern Ontario in Canada. Canadians are dealing with their own travel woes and power outages due to the severe weather, including cancelled flights in the country’s busiest airports. The primary storm will reach Quebec by later on Saturday.

The storm has created “substantial disruptions” at FedEx Express hubs in Memphis and Indianapolis, potentially delaying holiday packages from arriving by Christmas, the shipping company said in a statement.

In New York State, the storm brought coastal flooding up to 3 feet along Long Island, while ice and high winds closed roads in and around Buffalo as well as the city’s airport. Governor Kathy Hochul urged people across the state to ride out the storm at home and stay off the roads.

“I call it a kitchen-sink storm, because it’s throwing everything at us,” she said Friday at a press conference. “This is a life-threatening, dangerous event. Protect yourselves, protect your families — do not travel.”

—With assistance from Gabriela Mello and Naureen S. Malik.