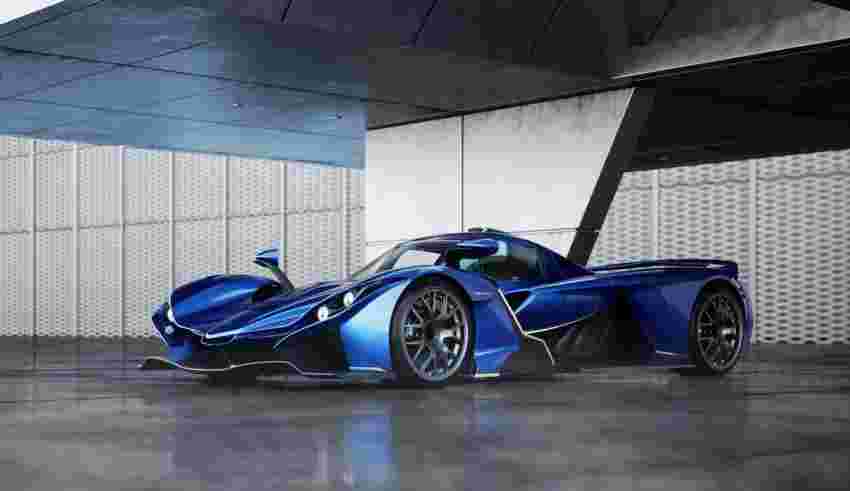 Czech manufacturer Praga is set to embark on an ambitious journey.

It announced that it plans to develop what is essentially a road-legal race car to battle the growing hypercar space. It’s called the Bohema, which reads like a proper hypercar on paper. For starters, it counts on a modified version of the 3.8-liter V6 that powers the Nissan GT-R, except that Praga targets a power delivery of over 700 hp.

That may not sound like much, but according to Praga, it is targeting a weight figure of just 2,164 lb. For context, even a small Porsche 718 Cayman tips the scales at over 3,000 lb, giving the Bohema a ludicrous power-to-weight ratio. However, perhaps the most ambitious claim is that the Bohema will double as both a hypercar that’ll target lap times similar to those of a GT3 car with semi-slick tires, but that can still be comfortable enough for road trips.

The main goal here is to position the Bohema as a car that you can commute to the track in, set a proper lap time, and drive home in comfort. It counts on a carbon-fiber monocoque combined with enough aero to deliver 1,984 lb of downforce at 155 mph. It’s estimated to top out around 186 mph, although Praga has yet to estimate a 0-60 time.

Praga is designing its cockpit to comfortably fit two 6.5-ft tall adults to achieve the Bohema’s dual personality. Add in the storage pods on either side of the vehicle, and there’s even room for luggage.

Flash forward to today, and the Czech manufacturer is partnering up with former F1 and current IndyCar driver Romain Grosjean to develop its latest creation. Since it is in development, there’s still much we don’t know about the Bohema, but we do know that it’s scheduled to enter production sometime in 2023.

Praga plans to build 10 examples next year, each with a starting price of $1.31 Million.