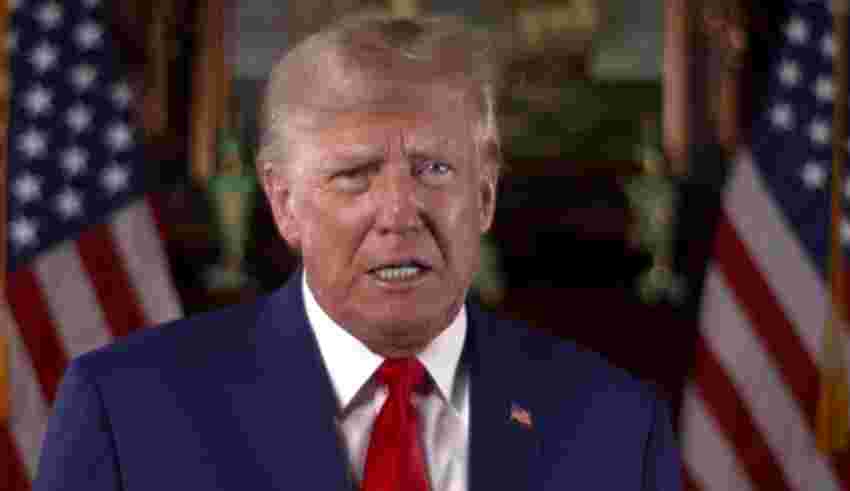 PORTSMOUTH, OH –  President Donald Trump announced his “official Donald Trump Digital Trading Card collection” on Thursday, but that’s not all. While the mainstream media mafia focused on tweets that mocked his NFT cards contest for loyal supporters, the Democrat rats and liberal losers left out the part about demolishing the censorship squad in his seven-minute video speech on Truth Social (only available on TruthSocial).

Radio silence from Biden thugs about the “Twitter Files” hoopla – how convenient.

President Trump gave a brief speech in response to Twittergate.

After he wins the 2024 Election, he vows to “shatter the left-wing censorship regime and reclaim the right to free speech for all Americans.” He will ban any federal agency from “colluding with” businesses, organizations or people who attempt to censor any forms of free speech.

He will order the DOJ to investigate all forms of censorship and revoke federal funding for nonprofits, colleges and universities that engage in content moderation, including flagging misinformation and disinformation.

Trump called on Congress to take immediate action toward executing a planned investigation by issuing “letters of preservation” to the Biden Administration and big tech companies ordering them not to destroy evidence of censorship.

He noted “bombshell reports” that a group of “Silicon Valley tyrants,” colluded to “silence the American people.”

Bring out the chip & dip and clap for freedom of speech.

See the steps Trump will implement to regain free expression in USA.

Owner and CEO of Twitter, Elon Musk reinstated Trump’s account, along with those of others on the right, including Rep. Marjorie Taylor Greene (R-Ga.) in October. However, Trump has revealed no plan to return to the bluebird platform.

Joe Beelzebub Biden tweeted a snarky remark about Trump’s digital trading cards. Creepy Joe listed his activities over the last few weeks, but failed to mention he played with a Balenciaga bondage bear and drank wine from his favorite sippy cup.

My take: Trump is having fun and injecting some humor into a digital activity. And MAGA supporters would truly enjoying visiting Mar-A-Largo and meeting the Trump family if they win. Take a gander at all the prizes offered.