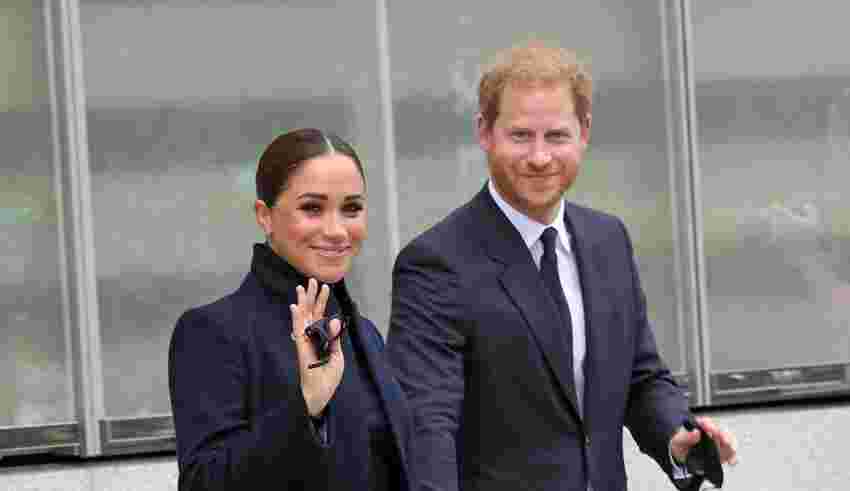 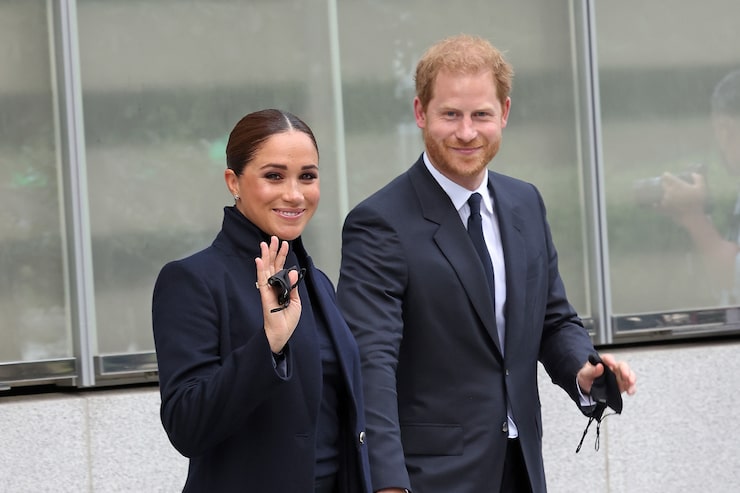 Princess Diana’s butler Paul Burrell is speaking out about Prince Harry and Meghan Markle as they touch down in NYC.

The couple landed in the Big Apple on December 6, just days ahead of the release of their docuseries  “Harry & Meghan.” See the pics here.

The Duke and Duchess of Sussex were spotted exiting their private plane at JFK as they were greeted by friends on the tarmac. Harry wore a white button-down shirt for the trip, while Meghan wore a black dress and sunglasses.

The first three episodes of their explosive doc are set to drop December 8, and trailers for the series suggest the couple plans to lift the veil on the royal family.

Burrell is among those upset by doc and the couple’s commercial endeavors, speaking out on “Piers Morgan Uncensored” to say Diana would not support Harry’s actions.

“Diana would not have applauded what Harry is doing now. The commercialism around it, she never took a cent, never took a penny.”

Paul Burrell agrees with Piers Morgan that Harry and Meghan should be stripped of their titles over their upcoming Netflix documentary.@piersmorgan pic.twitter.com/TERttzwh2b

Piers asked Paul what he would do if he was King Charles and these people were trying to “ruin everything you represent?”

Burrell answers, “You take away the titles, I agree with you… They don’t want to be members of the royal family, so why should they trade on royal titles?”

He later called their actions “all smacks of self-obsessed narcissism to me.”

Burrell insisted he’s always been supportive of Harry, but he has crossed a line.

Paul added, “She was a great supporter of the monarchy. She said to me, ‘I long to hug my mother-in-law… I know what goes on inside her head.’ She was very proud of her boys being members of the royal family. She always thought it was Harry’s job to be William’s wingman, to be there for him on his path to monarchy.”

Piers, who has been highly critical of Harry and Meghan, sounded-off himself in another portion of the show.

Piers Morgan thinks King Charles should strip Harry and Meghan of all their remaining titles in light of their upcoming Netflix documentary.

He called their choice to release trailers for the doc during Prince William and Kate Middleton’s trip to the United States last week “unforgivable” and yet “unsurprising.”

The Harry and Meghan sighting in NYC comes days before their explosive series is due to drop on Netflix and shed light on the royal family.

In the most recent trailer for the doc, Harry suggests, “There’s a hierarchy of the family. You know, there’s leaking, but there’s also planting of stories.”

A woman then states, “There was a war against Meghan to suit other people’s agendas,” before it cuts to a man saying, “It’s about hatred. It’s about race,” and then Prince Harry insisting, “It’s a dirty game.”

The Prince goes on to share his fears for Meghan after what his late mother Princess Diana went through. As videos of Diana and old headlines fill the screen, Harry says, “The pain and suffering of women marrying into this institution, this feeding frenzy…”

Meghan is then heard saying, “I realized, they’re never going to protect you.”