Prince William and Prince Harry honored their mother’s memory on Friday, what would have been Princess Diana’s 61st birthday.

William shared his thoughts in an emotional letter to the recipients of the Diana Award, calling them the “personification of my mother’s legacy.”

In the message, posted by People, he writes, “Congratulations on receiving The Diana Award today! You are part of an inspirational generation of young people who are changing the world through your actions, and I hugely admire your efforts.”

The 40-year-old continued, “I hugely admire your efforts. Your stories are remarkable. Many of you face huge challenges in the face of difficult times, yet you are tirelessly breaking down barriers to create a better future for us all.”

The royal told them, “You truly are the personification of my mother’s legacy and I know she would be so proud of you all. I believe there’s no better way to celebrate her life and work than through recognising incredible people who dedicate so much time and effort to helping those around them.” 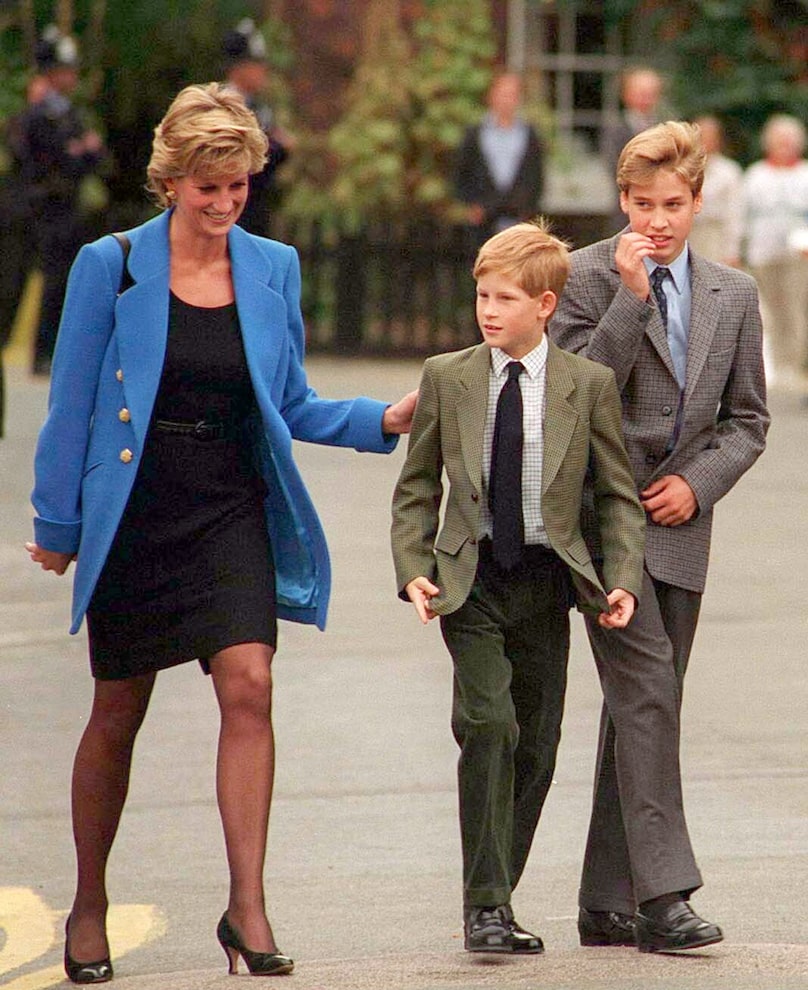 Us Weekly reports Harry made a surprise appearance at the ceremony via video. He told the recipients, “Today, we’re reflecting on what would have been my mother’s 61st birthday. And this year is also 25 years since her passing. There isn’t a day during the past two and half decades where I haven’t thought about the mark she left not only on me and my brother, but on all of our lives.”

“My mother instilled in me, and in all of us, a drive to speak up and fight for a better world. And now, as a husband and a parent, my mother’s voice is even stronger in my life,” he added. “All of you have helped keep her voice alive by showing the world how each small action counts, how kindness is still valued, and how our world can be better if we choose to make it so.”

Harry shared, “To everybody who is part of this afternoon know that you are already making a difference, and we need you to keep making a difference. Don’t ever give up on the idea that each of you can create lasting and much-needed change.”

Sadly, the brothers are currently in the midst of a rift after Harry and his wife Meghan Markle’s bombshell interview with Oprah, and have rarely been photographed together since.

The brothers set aside their differences and followed through on their mission to honor their late mother last year on what would have been her 60th birthday. 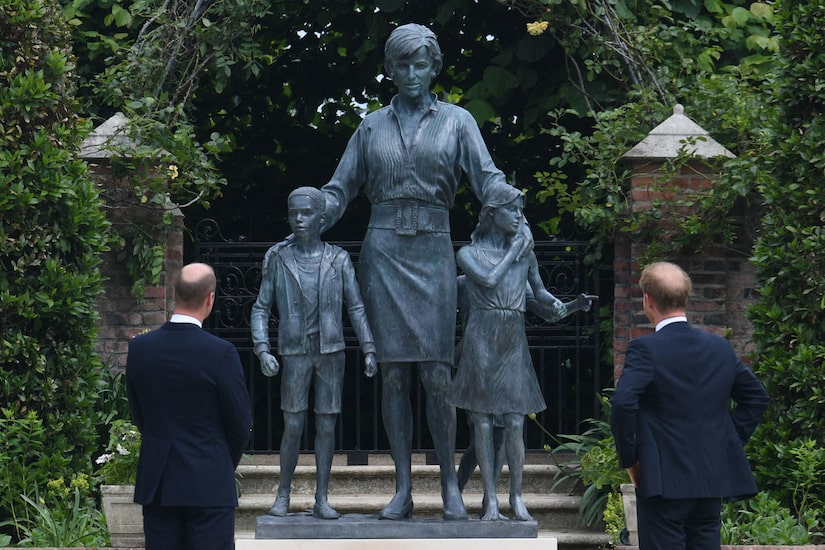 They reunited for a rare appearance together to unveil a statue of Diana at the Sunken Garden in Kensington Palace in London.

The bronze statue, commissioned in 2017, features Diana with her arms around two children, and was designed by sculptor Ian Rank-Broadley.

The day the statue was unveiled, William and Harry also remembered their mother with the statement: “Today, on what would have been our Mother’s 60th birthday, we remember her love, strength and character — qualities that made her a force for good around the world, changing countless lives for the better.”

The message went on, “Every day, we wish she were still with us, and our hope is that this statue will be seen forever as a symbol of her life and her legacy.”

The statement ended with, “Thank you to Ian Rank-Broadley, Pip Morrison and their teams for their outstanding work, to the friends and donors who helped make this happen, and to all those around the world who keep our mother’s memory alive.”