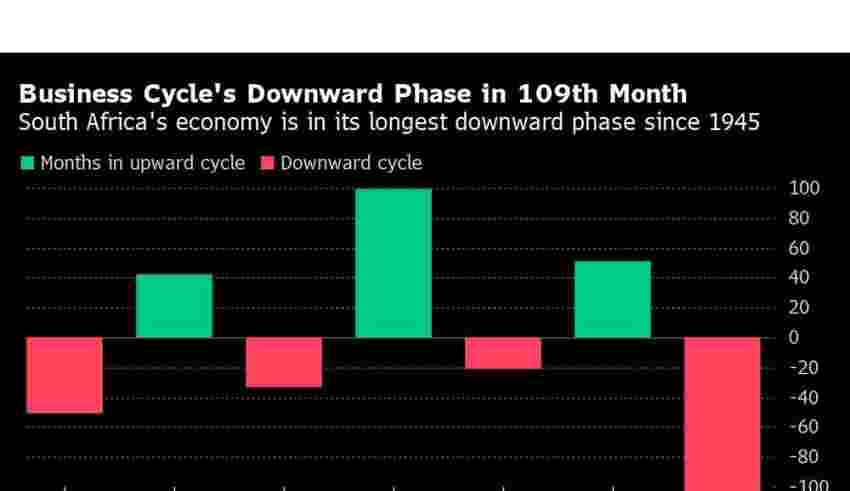 (Bloomberg) — Businesses and households in South Africa held on to more cash in the third quarter, when power outages reached an all-time high.

Gross savings by corporates climbed to 15.9% of nominal gross domestic product from 10% in the prior quarter, data in the South African Reserve Bank’s Quarterly Bulletin published on Thursday show. That’s taken the national savings rate for the three months through September to 15.6%, the highest in two quarters.

While the increase in corporate savings is largely due to changes in seasonally adjusted operating surpluses and tax payments, it comes as rolling blackouts occurred for almost half of the time in the third quarter. That’s likely to further weigh on investment in an economy where reform-minded President Cyril Ramaphosa faces a challenge to his bid to lead the governing party for another five years, and as the nation’s most important company — power utility Eskom Holdings SOC Ltd. — grapples with a leadership vacuum.

Private companies have been wary of committing large sums of money to domestic projects due to the nation’s electricity rationing, slow pace of reforms, high levels of crime, state graft and instability that last year culminated in the worst civil unrest since the end of apartheid.

Africa’s most industrialized economy is suffering an energy crisis as power utility Eskom, which produces almost all of the nation’s electricity, struggles to meet demand. Outages, known locally as loadshedding, reached 1,054 hours, or 47.7% of the time in the third quarter, central bank data show. It’s now imposed outages for a record 189 days so far in 2022, according to Bloomberg calculations.

Andre de Ruyter, Eskom’s chief executive officer that’s well regarded by investors, tendered his resignation Wednesday after running into opposition by politicians. He sought to clean up the utility that became synonymous with corruption during former President Jacob Zuma’s tenure.

While South Africa averted a technical recession in the third quarter, it remains stuck in its longest downward cycle since World War II, with the economy entering its 109th month of a weakening cycle in December, according to central bank data.

The current downward phase has lasted about twice as long as the previous major weakening cycle between 1989 and 1993, when the apartheid government renewed a state of emergency and the country prepared for its first democratic elections.

The central bank is working to determine whether a turning point in the cycle has already been reached and it plans to publish the results in the Quarterly Bulletin scheduled for March, it said in an emailed response to questions. The end of the downward phase will be backdated to when the turning point occurred and it’s likely that the current phase may be shorter, it said.