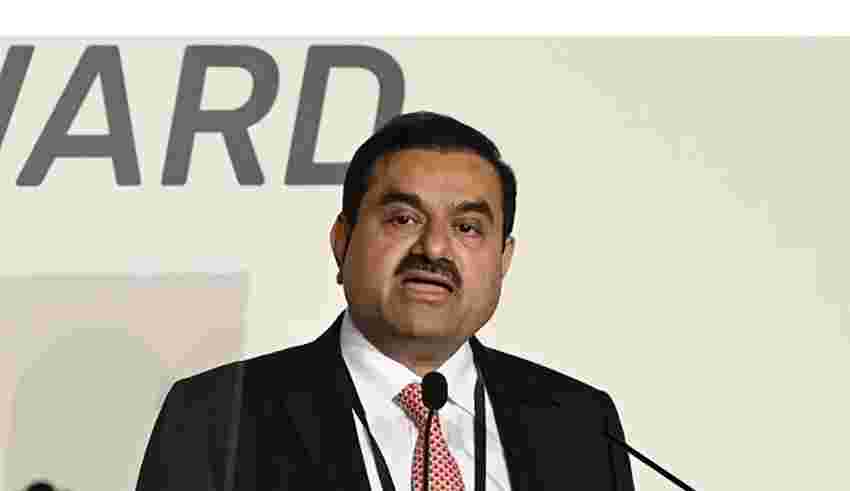 The Ahmedabad-based company reported a net income of 4.6 billion rupees ($55.5 million) for the quarter ended Sep. 30, it said in a filing Thursday, compared to 2.12 billion rupees in the same period last year. There were not enough brokerages issuing profit estimates for the company to derive an average forecast.

Revenue almost tripled to 381.8 billion rupees, the filing said, while total costs surged 182% to 377.7 billion rupees in the latest quarter.

Adani Enterprises, known for incubating new businesses for the ports-to-power group helmed by Asia’s richest person, has been at the forefront of the billionaire’s breakneck expansion spree. The conglomerate has been diversifying beyond its coal-based businesses into green energy, cement, airports, data centers and media, spurring runaway rallies in Adani stocks.

Adani Enterprises has surged more than 3,500% in the past five years, data compiled by Bloomberg show. Even though some some credit watchers have flagged elevated debt at the group as risks, the conglomerate has allayed those fears saying its been deleveraging.

Earnings were announced after the close of market trading hours in India on Thursday, which saw the stock inch up around 0.3%.

Earlier in the day, group company Adani Wilmar Ltd., posted a quarterly net income of 487.6 million rupees, down from 1.82 billion rupees a year ago while Adani Total Gas Ltd. reported a 1.3% rise in profit.

Adani Ports & Special Economic Zone Ltd., with the highest number of brokerages tracking it among tycoon’s other companies, beat average profit and revenue forecast earlier this week. Power utility Adani Transmission Ltd. said Wednesday that its profit fell 25% to 2.06 billion rupees despite a 22% rise in revenue as costs surged.

(Updates with background throughout.)

Although they don’t recreate the exhaust note of a Porsche 911 GT3 RS at redline, these Po…