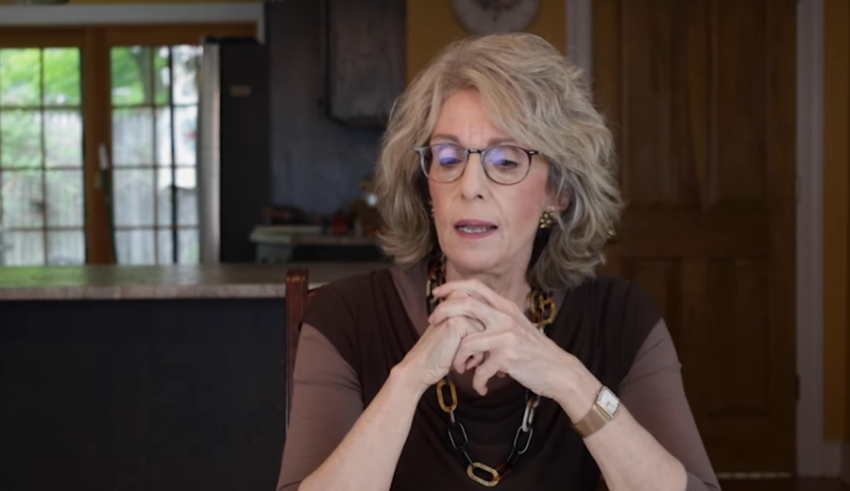 “No child is born in the wrong body, their bodies are just fine; it’s their emotional lives that need healing. Whether you’re facing a gender identity battle in your home right now, or want to prevent one, you need this book to guide you and your loved ones out of the madness.” –Miriam Grossman

PORTSMOUTH, OH – Folks, Dr. Grossman, a force to be reckoned with, is just what the doctor ordered in stopping the transgender war waged upon our children. She’s the medical soldier the world needs to expose the greedy gender industry and the mutilators of children.

Grossman is a child and adolescent psychiatrist whose practice consists of trans-identified youth and their families.

Twitter: Known since 2006 for exposing the lies of the sex ed and gender industries. When biology is denied, a price is paid.

“Lost in Trans Nation: A Child Psychiatrist’s Guide Out of the Madness,” by Miriam Grossman. “Don’t be blindsided like so many parents I know,” warns Grossman, “be proactive and get educated. Feel prepared and confident to discuss trans, nonbinary, or whatever your child brings to the dinner table.” Whether it’s the “trans is as common as red hair” claim, or the “I’m not your son, I’m your daughter” proclamation, or the “do you prefer a live son or a dead daughter’ threat, says Grossman, no family is immune, and every parent must be prepared.”

Throughout our country, atrocities are taking place in doctor’s offices and hospital operating rooms. Physically healthy children and adolescents are being permanently disfigured and sometimes sterilized. Those youth have announced their transgender, and we—their parents, teachers, therapists, and doctors—are supposed to at once agree with their self-diagnosis and take a back seat as they make the most consequential decision of their lives: to alter their bodies in order to, we are told, “align” them with their minds.

This would not be acceptable in any other field of medicine. Indeed, the treatments our medical authorities and Washington call “crucial” and “life-saving” have been banned for minors in progressive Sweden, Finland, and Britain.

FAIR webinar: Gender Ideology: What is social affirmation and why is it so concerning?

Therapists Have Betrayed The Parents Of Gender-Confused Kids, And There’ll Be Hell To Pay

Genderland is a dumbfounding departure from reality. Here, male and female are arbitrary identities based on feelings, not biology. Here it’s normal for, say, your adolescent son to wonder what he is—a boy, a girl, or neither? That’s right, in Genderland the idea that he must be one or the other is an arbitrary, oppressive paradigm—another noxious “ism,” like racism. Citizens of Genderland reject that model— some insist they’re male and female, others claim they’re neither. Hence words such as “ze” (another option aside from “he” and “she”), and “hir” (an alternative to the oppressive “his” and “her”).

Dr. Grossman has also called out the Biden administration for advocating and supporting nonscience-based gender ideology.

“The mental health profession was hijacked a long, long time ago by radical agendas,” Grossman told Breitbart News.  “And this is one of them. It has just exploded, and it’s an epidemic.”

Folks, as a retired mental health therapist, I am saddened and disappointed by my counseling profession for buying into a nonscientific theory and the fallacy of gender ideology that harms children and families.

What aren’t the following organizations (national and state) speaking up to protect children from the transgenderism fairytale?

This issue is not about the LBGQ community at all.

The issue is medication and mutilation of children due to false gender ideology. The issue is gender identity indoctrination by nonscience-based propaganda. The issue is a radical transgender cult movement by that has invaded offices of pediatricians, child therapy offices, schools, libraries, communities, churches and homes.

“The core belief—that biology can and should be denied—is a repudiation of reality and a mockery of what hard science teaches about being male and female” –Dr. Grossman