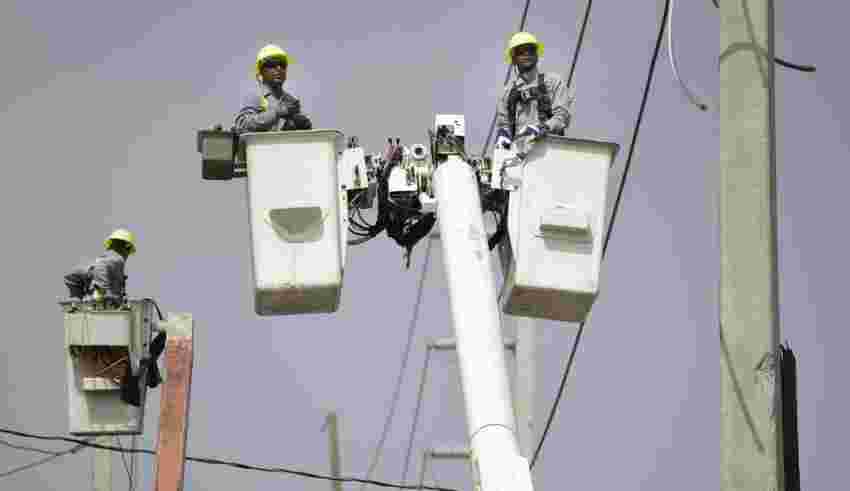 The move marks the beginning of the end for Puerto Rico’s Electric Power Authority, a behemoth long accused of corruption, mismanagement and inefficiency that holds some $9 billion in public debt — the largest of any government agency.

Many Puerto Ricans already irate and fatigued by power outages were wary of the announcement, given that serious complaints about the length of outages, costly power bills and other issues arose after the island’s government privatized the transmission and distribution of power in June 2021.

Fermin Fontanes, executive director of Puerto Rico’s Public-Private Partnerships Authority, said the board of directors unanimously approved the privatization of generation, including the members who represent the public’s interest.

It was not immediately known which company they selected to take over power generation. A spokeswoman with the authority said the contract was not yet public, in accordance with local laws.

Fontanes said the contract would be sent to the governing board of Puerto Rico’s power company and then to the territory’s governor for his signature. The contract is expected to be approved despite opposition to the privatization.

Carmen Maldonado, vice president of the main opposition Popular Democratic Party, said she and others would fight the plan.

Jose Luis Dalmau, a party member and president of Puerto Rico’s Senate, said lawmakers would scrutinize the process and demand that workers at the state power company be protected and that the grid is stabilized and number of outages reduced, among other things.

He noted that Puerto Ricans are dismayed with the current situation and demand a more reliable and economic electrical system: “The necessary transformation of our â¦ system is a priority.”

It was not immediately clear what effect, if any, the privatization would have on unsuccessful efforts so far to restructure the power company’s debt, with the government and some creditors going to court after several rounds of failed mediation talks.

The push to privatize generation comes as the presidents of Puerto Rico’s House and Senate fight a contract extension recently awarded to Luma, a consortium made up of Calgary, Alberta-based Atco and Quanta Services Inc. of Houston that operates the transmission and distribution of power across the island.

The presidents went to court last week against Puerto Rico’s governor, who supports the contract extension, and are demanding that a judge terminate the contract amid complaints against Luma.

Puerto Rico’s power grid was razed by Hurricane Maria, a Category 4 storm that hit in September 2017, but it was already weak given a serious lack of investment and maintenance in equipment for decades. Its generation units are on average 45 years old, twice those of the U.S. mainland.

Efforts to rebuild the grid began only recently, with only emergency repairs made in the years following Maria.