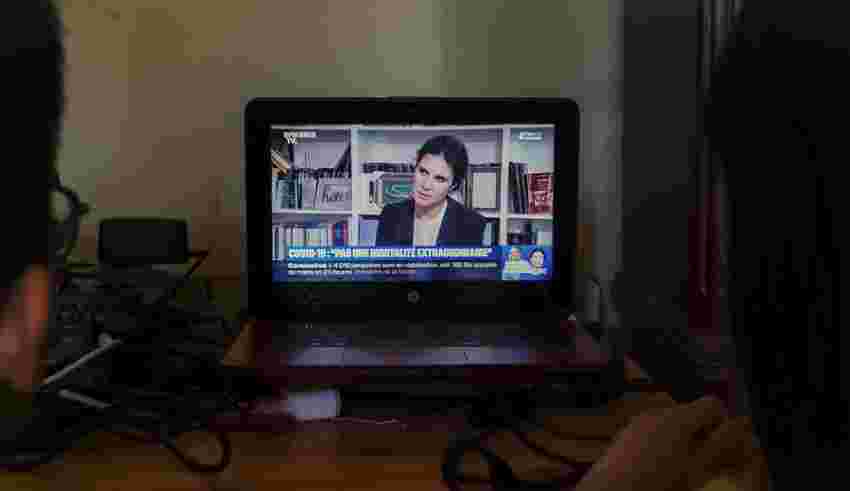 About 90 percent of the international media is owned by nine media conglomerates. News Corp owns national and regional newspapers, magazines, and TV channels in the US, the UK, and Australia. Visit the Index of US Mainstream Media Ownership.

And that’s why the following stories and/or documentaries were not covered by the media of madness and mania – the culprits of censorship. And the real pushers of misinformation and disinformation. Interesting, how the media moguls use projection just like the radical politicians pushing for a global government – a dictatorial tactic.

According to a recent article in The New York Post, “Cullors resigned from the national non-profit in 2021, a month after The Post revealed she had spent millions on real estate in the previous months — and the organization has remained mired in financial scandal.”

“The new leader of the national Black Lives Matter non-profit “siphoned” more than $10 million in fees from donors to pay his consulting firm, according to a lawsuit,” reports a 2022 article in The New York Post.

2.     “What is a Woman?” by Matt Welsh. “It’s the question you’re not allowed to ask. The documentary they don’t want you to see. Join Matt Walsh on his often comical, yet deeply disturbing journey, as he fearlessly questions the logic behind a gender ideology movement that has taken aim at women and children.”

The Federalist reports, “After repeating his question at the Women’s March in Washington, D.C., the marchers accuse him of harassment and start chanting “-ssh-le” as he walks by. In the one-on-one interviews with doctors, researchers, and a congressman, several of them abruptly call to end the interview. The congressman lasts the shortest.”

3.     “The Real Anthony Fauci,” a full-length feature documentary based on Robert F. Kennedy, Jr.’s runaway bestseller. “Kennedy — a lifelong Democrat and founder, chairman and chief legal counsel for Children’s Health Defense — said he has a unique vantage point on the government response to COVID-19 because his family has 80 years of deep engagement with America’s public health bureaucracy and long friendships with key federal regulators — including Fauci, Dr. Francis Collins and Dr. Robert Gallo.”

The New American gave a detailed review of the documentary in two parts:

“In a nutshell, Kennedy’s documentary is about the real-life supervillains who ravaged global public health. As suggested by the title, Dr. Anthony Fauci is a central figure in the narrative, but there are others just as evil. Fauci’s close ally, as shown in the movie, is a eugenicist obsessed with population control — Bill Gates, a “philanthropist” who, using his wealth and influence, pushes the needle of vaccines and toxic treatments around the globe.”

“Under the guise of the urgent need to protect Americans from bioterrorism, Fauci established a slew of biodefense labs across the country, many of which were involved in gain-of-function research aimed at enhancing pathogens’ ability to infect and kill. The moratorium on such risky research had been in place in the United States since October 2014, but was lifted by the NIH on December 19, 2017.”

Freedom-loving citizens needs to watch these documentaries and converse with family, friends, coworkers, and others. Information and knowledge is necessary along with critical thinking skills to come to logical conclusions.

Bruce Walker at American Thinker is blunt and to the point. “The “Meanstream Media,” the lapdog of the failed Left, cannot win any battle fairly. So, it lies about its bias; it hides rather than reveals; it practices groupthink instead of openness. Most despicably, the “Meanstream Media” savages, slanders, and screams at anyone who, for any reason, gets in its way.”

Watch the documentary by Tim Gielen “Monopoly, Who Owns the World?” on YouTube. He reveals something astonishing: the majority of our world is owned by the very same people. The name of the two companies with mega owning power include Vanguard and BlackRock. Moreover, the media is in the front pocket of wealthy elites.

Whether you’re in the market for a luxury home, high-end supercar, or exclusive accessorie…