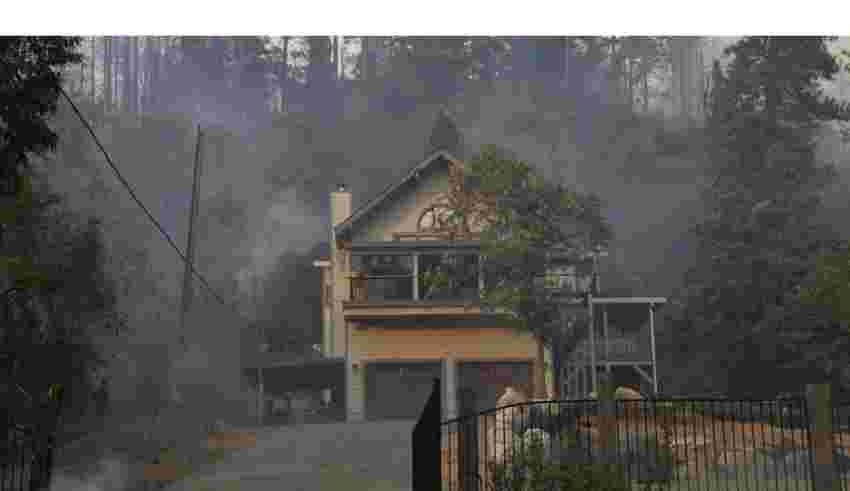 (Bloomberg) — American communities facing a warmer future, with more intense floods, storms and wildfires, on Monday got two new digital tools that will aid officials in calibrating infrastructure and strategies to adapt.

The Climate Risk and Resilience Portal (ClimRR) allows users to map future local climate conditions at mid- and late-century, with overlays of demographic data and other data sets to help plan for specific population needs. It was developed by the U.S. Department of Energy’s Argonne National Laboratory with AT&T Inc. and the Federal Emergency Management Agency (FEMA).

ClimRR estimates future heat, wind, humidity and rain, based on two different trajectories of carbon emission, down to 12-square-kilometer segments.

The goal is to help inform community mitigation and response. “As a planner today trying to build something new with a 50-to-80-year lifespan, it allows me to see where to put those investments,” said Victoria Salinas, acting deputy administrator for resilience at the Federal Emergency Management Agency (FEMA). “For a city like Philadelphia, it might tell me where the highest concentrations of old people are so I know where to put cooling centers,” she offered as an example.

AT&T engaged Argonne to develop a similar climate tool four years ago and has been using that since 2019. Shannon Carroll, head of global environmental sustainability at AT&T, said the company found the information vital to its own planning but realized its value was limited unless it reached a broader audience. So the company offered to work with Argonne and FEMA to build a version that would be free to emergency managers and town leaders.

“We can be as resilient as we want as a company, but that all breaks down if the communities in which we work and serve aren’t also climate resilient,” Carroll said.

The second tool, Risk Factor Pro, was released by the First Street Foundation, a climate tech startup. Like its predecessor Risk Factor, which has been available to the public since 2020, the pro version lets users look at vulnerabilities to about 30 years out — the length of an average mortgage — and down to the level of every individual property. What’s new is the granularity of the data now available to everyone that used to only be available to institutional customers. While regular Risk Factor will show you the likelihood of flood or wildfire, Pro gives details like water depth in flood events and fire ember patterns, and how both will change over time.

The tool can be configured at a community level so that planners can isolate infrastructure such as hospitals and utilities. Heavy on data visualizations, Risk Factor Pro will be free for governments and homeowners but not for commercial users.

“It allows you to visualize your risk now and going forward,” said Matthew Eby, First Street’s founder and chief executive, “which we hope will give all of the users the chance to better mitigate for the future.”

This $5.4M Ferrari LaFerrari Aperta For Sale Is 1 Of 210 In Existence

It’s not often that one of these legendary cars is up for sale. The LaFerrari was part of …