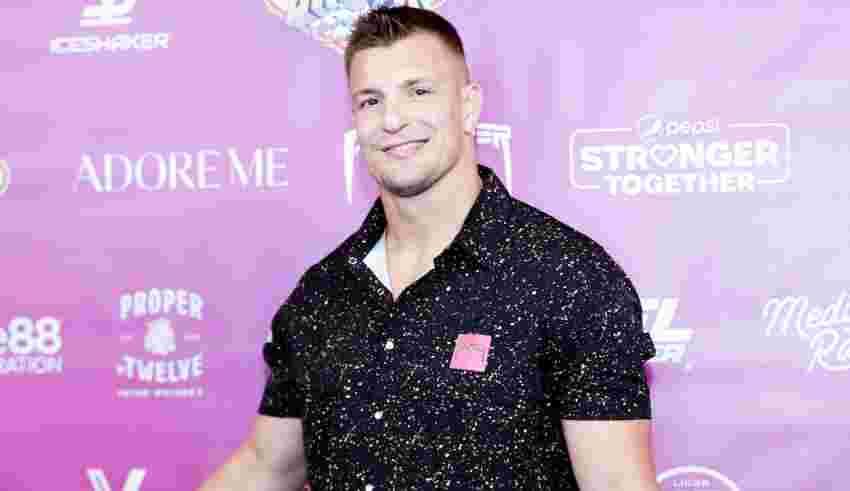 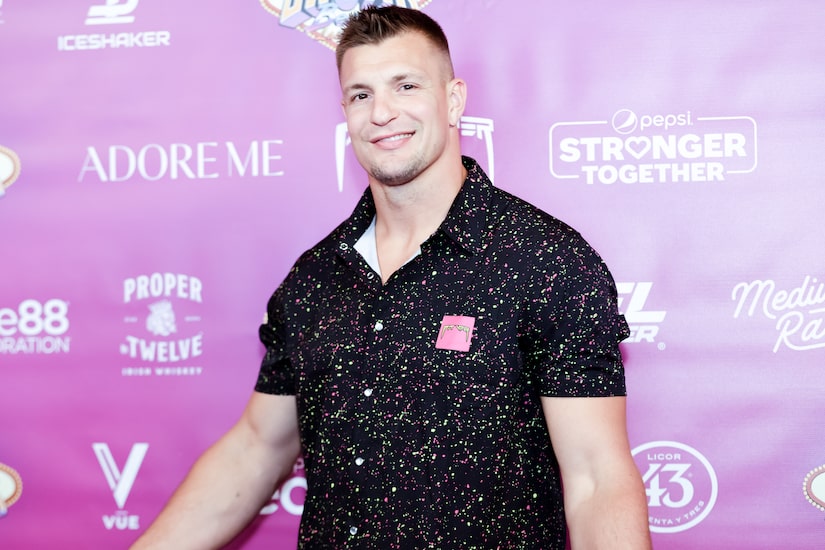 Gronk and “the GOAT” Tom Brady are reuniting, not at the big game, but on the big screen!

Gronkowski, who is from Buffalo, shared about Hamlin’s shocking collapse, “When that situation happened, I actually had tears start to come down my eyes.”

Rob was one of many who donated to Damar’s toy drive, which has now topped $8 million.

Gronk noted, “Buffalonians started that donation, so I’m proud to be from there and I’m proud to see them stepping up as one.”

The four-time Super Bowl champ is busier than ever after retiring from football. He’s playing himself in “80 for Brady,” which also stars Jane Fonda, Lily Tomlin, Rita Moreno, Sally Field and Harry Hamlin.

When Billy joked that Gronk was getting lots of Oscar buzz for his “supporting” role, he quipped, “If there’s Oscar nominees for a five-second role.”

As for the movie, which is about four senior superfans on a mission to make it to their first football game, Rob teased, “They finally wanted to see Tom Brady, they’re big fans of him forever and they are finally going to see him, and they make a road trip to the Super Bowl across the country.”

Despite his busy schedule, Gronk said he always makes time for his girlfriend Camille Kostek.

It looks like their future will include kids! He hinted, “I would love to have some little Gronks at some point in my life… One day, definitely, no doubt about that… I gotta have little Gronks running around.”

He admitted, “As of right now, I’m just practicing with my dog Ralphie. He’s a French bulldog, he’s the man. If I can pass the test with him for five years, then I can definitely have some kids.”

Gronk is also getting ready for his not-so-kid-friendly Super Bowl weekend at his annual Gronk Beach Party.

He commented, “Gronk Beach 2023, presented by the beast unleashed… The lineup is mind-blowing. We got 21 savage the hottest rapper in the world right now. We also got Lil Jon performing, and then we got Diplo. We got the Corona beach experience, which is celebrity volleyball presented by Corona, and I’m gonna be playing volleyball in the pool with celebrities and other athletes.”

For more on the party, visit GronkBeach.com!