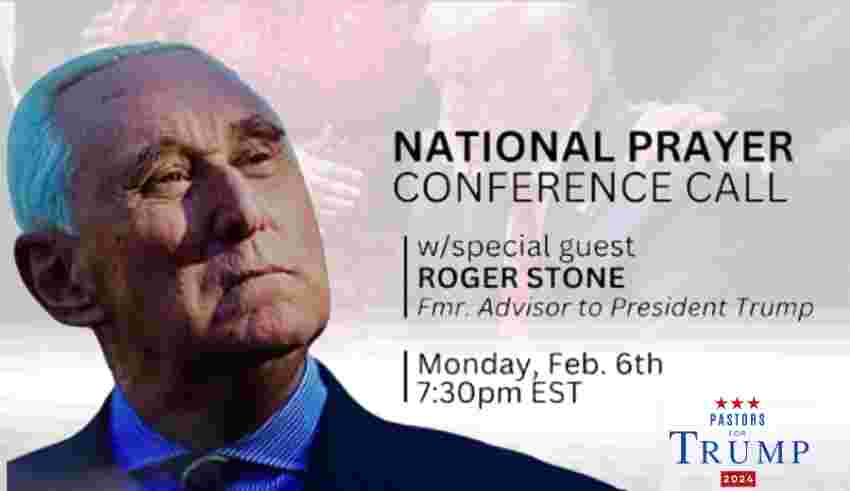 PORTSMOUTH, OH – Before the coronavirus pandemic, lockdowns and vaccines, I rarely followed politics. As a mental health therapist, educator, and columnist, my workaholic career was spent helping hurting people. So, I had no inkling of an individual named Roger Stone before I defected from the Democrat regime and joined the Republican camp.

After watching his interviews, learning his story, and reading some of his books, I became a Roger Stone fan. There is no doubt that God has placed an angel of protection around him and has called him “for such a time as this.”

“Then Mordecai told them to reply to Esther, ‘Do not imagine that you in the king’s palace can escape any more than all the Jews. For if you remain silent at this time, relief and deliverance will arise for the Jews from another place and you and your father’s house will perish. And who knows whether you have not attained royalty for such a time as this?’” (Esther 4:13-14)

That’s the “for such a time as this” God also sets before Roger Stone, Donald Trump – and you and me.

“God has given each of us a job, position, resources, education and more. God has opened opportunities to optimize His kingdom purposes. He didn’t place you or me where we are so we could eat figs all day long or post pictures on social media. He’s placed us wherever we are because we are in the midst of a battle, a war. You and I are in the midst of a seismic conflict involving good versus evil,” declares Dr. Tony Evans.

What is Pastors for Trump?

Pastors for Trump is a coalition of Patriot Pastors from all 50 states that recognize the importance of Christians engaging in the world we live in as the salt and light. As the spiritual leaders of our nation, we are committed to pray for Donald J. Trump and present our requests before him on issues such as life, marriage, freedom of speech and personal responsibility.

“President Trump made it clear during his 2016 campaign for President of the United States that he was committed to bringing Christian leaders into the fold. During his historic first term, he proved that he would deliver on the promises he made. Heading into 2024, it is more important now than ever to reaffirm the strength of the Christian faith and our willingness to support President Trump in his fight to return to the Oval Office.” – Pastor Jackson Lahmeyer

Visit Twitter to learn more about Lahmeyer, founder of Pastors for Trump.

“The Myth of Russian Collusion: The Inside Story of How Donald Trump REALLY Won,” is Stone’s 2019 book. Roger Stone, a New York Times bestselling author, longtime political adviser and friend to Donald Trump, and consummate Republican strategist, gave us “Making of the President 2016” —the first in-depth examination of how Trump’s campaign delivered the biggest presidential election upset in history. But since then, the Deep State political establishment has worked tirelessly to undo those results. The Myth of Russian Collusion adds to and updates Stone’s initial work to set the record straight.

Kudos and heartfelt appreciation to Roger Stone, a freedom-loving and persistent patriot, a profound warrior of God, and a loyal friend to President Trump.

On February 6, 2023, Stone will host a National Prayer conference call. And I’ll be on the line.