Home News Rupaul, Queen of Drag, Is Also The Icon of Indoctrinating Children – The Published Reporter® 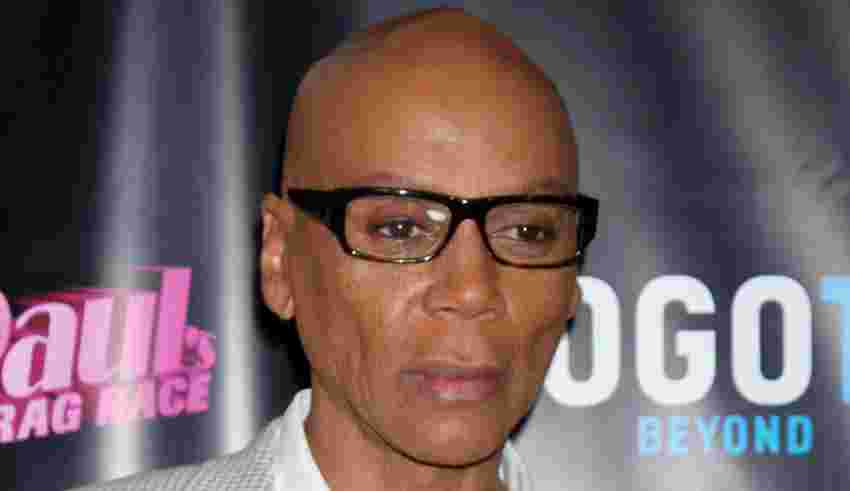 PORTSMOUTH, OH – Let me get right to the point: RuPaul has a powerful platform to protect children from the hyper-sexualized drag queens (DQs) that allow children to stuff dollar bills into their thongs. The drag queen entertainment industry can do just fine without targeting young children. But gender has become the enemy – and the trans activists have waged war on the children.

DragCon 2022 in May welcomed children of all ages.

RuPaul’s DragCon 2022, took place on May 13-15 at the Los Angeles Convention Center, featuring drag queen performers from across the country. The list of performers included: “Crystal Methyd, “A’Whora,” “Madame Laqueer” and “Trinity the Tuck.”

“All are welcome at RuPaul’s DragCon. Kids 8 and under are free when accompanied by an adult with a ticket. The kids’ ticket will grant them the same access to DragCon as the adult’s ticket level, but does not include VIP perks. Kids will be let in during VIP hours if the adult has a VIP ticket…All attendees 5 years and older must provide proof of up-to-date vaccination or a negative COVID-19 PCR test upon entry into the venue(taken within 48 hours of walking through the doors).”

And DragCon 2022, featured children. “As part of the conference’s programming, a “Kid’s Fashion Show” was held Sunday and sponsored by the Los Angeles Public Library,” according to an article in the Christian Post.

“Drag kids Katastrosphe Jest and Lactatia strike a pose at RuPaul’s DragCon in New York on Sept. 29, 2018…’Drag kids’ are slaying the runway — one ‘fierce’ look at a time. Drag has historically been part of a nightlife subculture, but its move into the mainstream has cultivated a nontraditional crop of performers…Nothing is more evident of this shift to the mainstream than the phenomenon of drag kids: children, typically boys, who dress up in over-the-top outfits and perform in drag,” according to NBC News.

RuPaul needs to tell twerking and jerking DQs in G-strings and pasties to leave children alone. Or does he support the indoctrination, grooming, and sexualization of children in public places by adult men (heterosexual, homosexual bisexual, or transsexual) dressed in seductive attire?

To ask the question is to answer it.

By the way, not all DQs are trans. Some are straight males with a fetish to dress (cross-dressers) in drag in front of children, in my opinion. Some are pedophiles in disguise. Some are gender-benders.

The following is from the Centers for Disease Control and Prevention (CDC) website: “Child sexual abuse refers to the involvement of a child (person less than 18 years old) in sexual activity that violates the laws or social taboos of society and that he/she: does not fully comprehend, does not consent to or is unable to give informed consent to, or is not developmentally prepared for and cannot give consent to.”

“Child sexual abuse is defined as an adult or older child’s sexual contact with a child, which may or may not involve physical contact.”

“Child sexual abuse includes a wide range of sexual behaviors that take place between a child and an older person. These behaviors are meant to arouse the older person in a sexual way. In general, no thought is given to what effect the behavior may have on the child. For the most part, the abuser does not care about the reactions or choices of the child.”

Kids do not belong in bars, strip clubs, or at drag queen shows. It’s that simple.

“Drag queen Kitty Demure’s two-minute lecture to woke parents from 2021 has resurfaced on social media where the performer says in no uncertain terms that kids should stay the hell away from their shows…You don’t need to trot your kids to these adults-only venues. Demure flat out tells woke parents that they’re hurting the gay community by stopping by with their children to their shows,” according to a 2022 article in Townhall.

Adult drag queens that entertain other adults – that’s their own business. But, why aren’t more male DQs speaking out against children in bars, clubs, and at venues with seductive body movements by DQs in parades, festivals and libraries?

“The RuPaul biography for kids is being reviewed by library officials after a parent complained about its presence in the children’s section…The book contains sexually provocative drawings in which the parent found offensive.”

“But the society that celebrates drag queens, to the point of exalting RuPaul and sanctioning drag queens reading to toddlers, is a society that has lost its way and is on the verge of collapse,” proclaims Michael Brown in an opinion piece for Townhall.

Listen to Brown on YouTube. Should Drag Queens Be Reading to Your Toddlers in Libraries?

You can learn a lot about a society or a person by how children are treated: respected, protected, used or abused. Moreover, adults are the protectors of kids – unless you’re a drag queen or a parent that takes her/his children to DQ shows.

RuPaul needs to do the right thing and stop allowing children to attend adult DQ entertainment shows. And he needs to call out DQs, club owners, and parents that allow children to participate and observe sexually explicit performances. Surely, RuPaul could squeeze out a smidgen of concern for the psychological wellbeing of young children – I guess not. Depravity begets depravity.