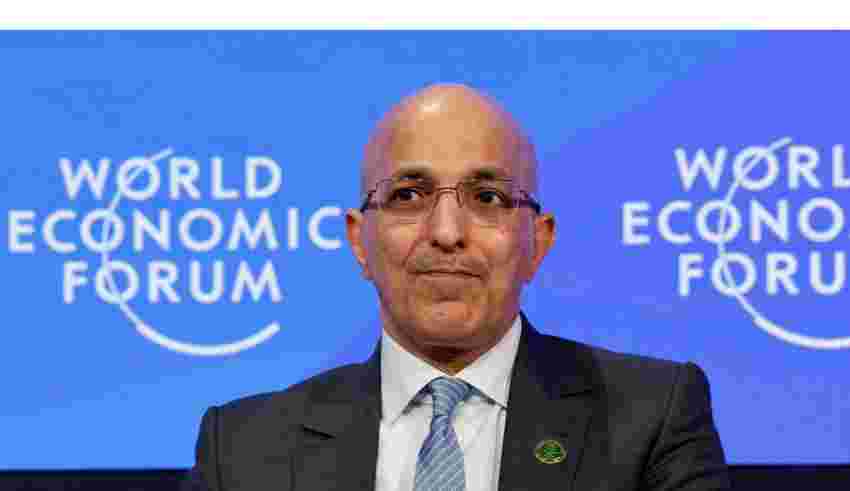 Saudi Arabia signaled a shift in how it offers financial help to countries, making future aid conditional on promises to revamp their economies.

“We are changing the way we provide assistance and development assistance,” Saudi Finance Minister Mohammed Al-Jadaan said Wednesday at the World Economic Forum in Davos, Switzerland.

“We used to give direct grants and deposits without strings attached and we are changing that,” Al-Jadaan said during a panel discussion that included IMF Managing Director Kristalina Georgieva. “We are working with multilateral institutions to actually say we need to see reforms.”

The Gulf’s leading Sunni power and the biggest oil exporter in the world has long provided a financial backstop for troubled economies in the region with billions of dollars worth of grants and deposits. It’s now flush with a massive windfall from energy revenue last year.

For years, the kingdom was the largest single backer of Egypt and half a decade ago it led a group of other wealthy allies by coming to Bahrain’s rescue. More recently, it’s stepped in to help stabilize countries including Pakistan.

But the new approach is already evident in the way the kingdom dispenses largesse. Egypt is a case in point.

Hit hard by the fallout of Russia’s invasion of Ukraine, the Arab world’s most populous nation is in the grip of the worst foreign-currency crunch in years. To help cope, it’s had to request assistance from the International Monetary Fund and allies including Saudi Arabia.

The kingdom in the past only provided help to Egypt in the form of deposits, grants and energy supplies. This time, its focus expanded to include investments. Other regional powers like the United Arab Emirates and Qatar also offered assistance.

Saudi Arabia again made a deposit of $5 billion in Egypt’s central bank — but it came as part of a support package that touted $10 billion in potential deals. Saudi Arabia’s sovereign wealth fund later started a company to invest in swathes of Egypt’s economy from infrastructure and real estate to pharmaceuticals.

But so far, only $1.3 billion of the investments pledged by Saudi Arabia have come to fruition, when the unit of the kingdom’s $620 billion Public Investment Fund acquired state-owned stakes in four Egyptian publicly listed companies.

In an interview on Tuesday, Al-Jadaan said his country will continue to help Egypt “not directly through just grants and deposits, but also through investments.”

The IMF, which reached its own $3 billion agreement with Egypt last month, has described investments from Gulf Arab nations as “a critical part of the program’s financing strategy.”

The Saudi finance minister didn’t specify what conditions his government might attach to financial assistance in the future.

As part of its deal with the IMF, Egypt agreed to shrink the footprint of all state-run enterprises, including “military-owned companies,” and committed to allow for a more flexible exchange rate.

“We are also looking at our region, and we want to be a role model for the region,” Al-Jadaan said. “We are encouraging a lot of the countries around us to really do reforms,” he said.

—With assistance from Fahad Abuljadayel and Mirette Magdy.